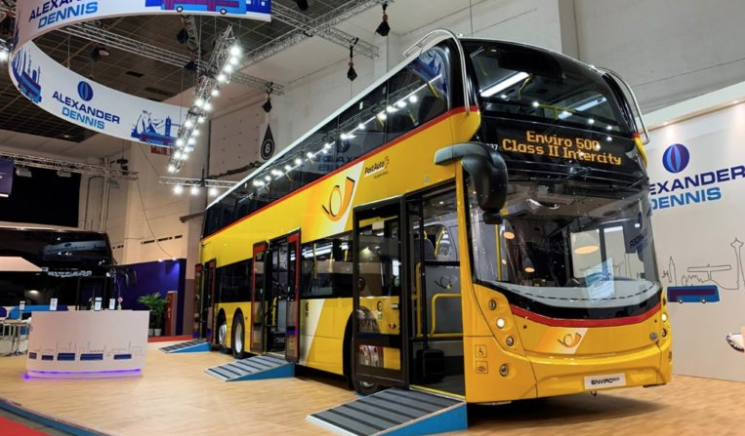 The Enviro500 is the world’s best-selling three axle double deck bus but the new model has been adapted to meet the specific requirements of European operators.

The European Enviro500 is available in Class I specification for urban routes and now also in Class II homologation for interurban and regional services.

Six Class II specification Enviro500 are currently being delivered to PostAuto for services in Eastern Switzerland, where they join 13 similar Class I vehicles. A further batch of 13 Class I buses has also been delivered to Transports publics de la région lausannoise (tl) in the Lausanne Region, taking the total number of Alexander Dennis Enviro500 double deck buses in Switzerland to 32.