Archbold Logistics, based north of Manchester, is celebrating a century in business this year by taking delivery of 16 DAF XF 480FTG tractor units with mid-lift and steer axles as replacements for non-DAF units. Driving this shift in fleet profile is the impressive 0.5mpg fuel improvement shown by the initial XF demonstrator. 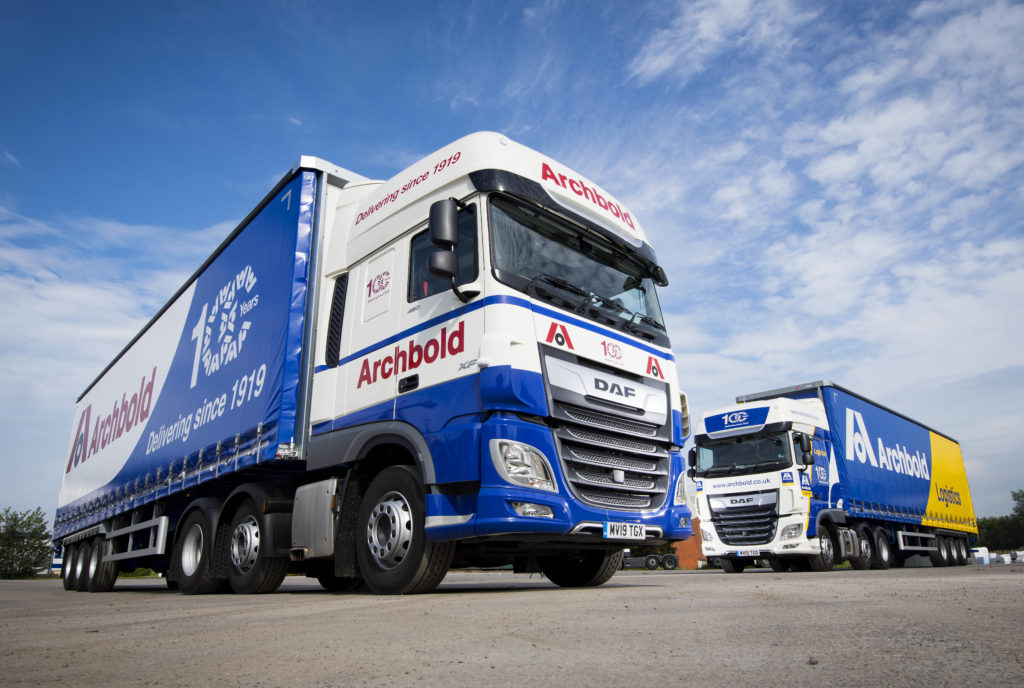 Archbold Logistics managing director, Alan Maher said: “We all know demonstrators come out to us highly-prepared to deliver their very best performance. What we saw did impress us however, so after detailed discussions with DAF and the local dealer F&G Commercials in Manchester [recently acquired by Motus Group], we decided to place this order. It’s a significant change for us, but I’m delighted to say the initial fuel economy is being continued across all the new trucks and, as we’d expect, they are even improving on it as they bed in.”

The first DAF XF on the fleet has been liveried with what Alan Maher describes as a “retro” Archbold livery, to mark the family-owned company’s 100th year in business. The remaining 15 DAFs are all being liveried in a new updated ‘2020’ livery, with the rest of the Archbold fleet to follow as further additions and renewals come on-stream. 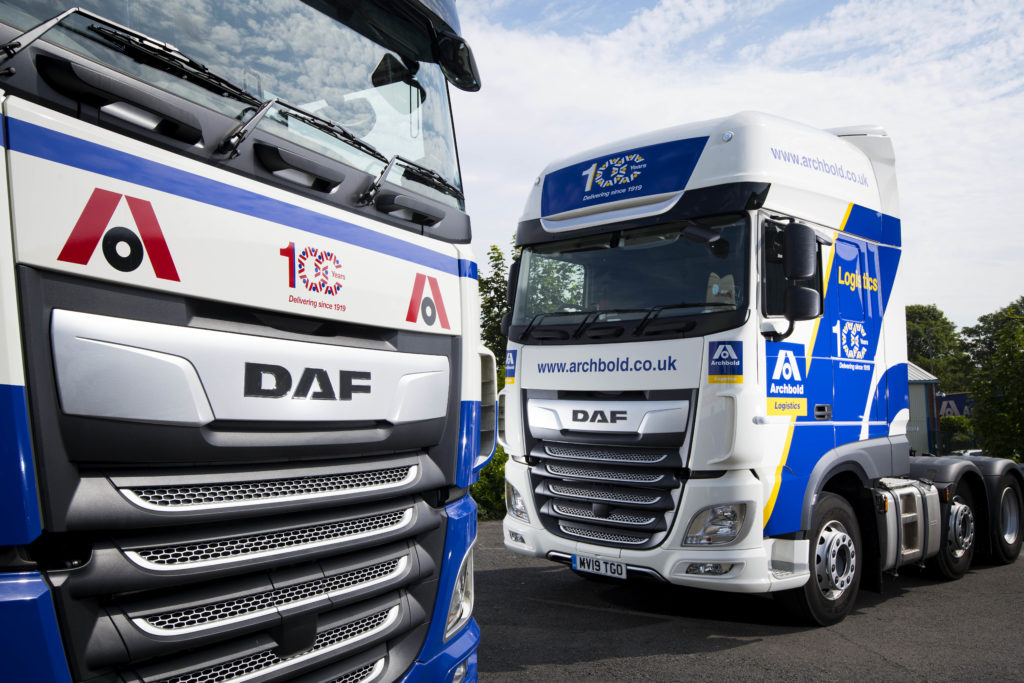 The operator runs its fleet vehicles on a five-year cycle, so conducts a full five-year cost analysis on all the key factors as a central part of its purchasing programme. “We never look at primary capital cost alone,” Maher added, “though of course that’s an important element of any purchase. As important to us when looking at the DAFs, as opposed to continuing with incumbent marques, were things like fuel economy, warranty, R&M packages, residual values, driver acceptance and a host of other variables. At the end of the day, we realised DAF was winning the argument, and it was clinched for us by the support levels we were promised – and have subsequently been getting – from F&G.

“Another vital part of the final package, without doubt, was driver training. We have had our own driver-trainer in place for over 18-years now, and DAF and F&G were able to offer a very good additional package that included, not just full days of induction and practical on-the-road training for our drivers taking on the DAFs, but also full driver-trainer training for our own man. It has been a great plus, and it is showing in both fuel and efficiency across the new trucks.”

Though the company’s drivers had become used to high-spec vehicles from the existing suppliers of Archbold vehicles, reaction to the new DAF fleet has been “extremely positive”, with the Super Space Cab winning immediate approvals, and overall power and performance of the XF 480FTG simply adding to those approval ratings.

Alongside its well-regarded haulage, contract logistics and warehousing operations, Archbold Logistics also operates a fast-growing Global Solutions Division that encompasses road, rail, air and sea operations. The company has invested significantly in the past year into people premises and systems as it gears up for current and anticipated progress. The business has been built on its successful European activities and is seen as central to future growth. Elsewhere, it has interests in palletised freight, as a member of Palletforce for the past 12-years, as well as significant and successful experience in ‘express’ transport.

A number of the new DAF fleet vehicles are being acquired through Paccar Finance on five-year deals, and all have DAF two-year R&M packages and a third-year driveline warranty. They are being fitted with forward and rear-facing cameras recommended by F&G Commercials before delivery, and a proprietary telematics system already in place on the Archbold fleet, which links to the operator’s traffic office systems for overall fleet monitoring and management.