Jimmy McRae will be contesting the two-day WRGB National Rally in Wales on October 4-5 in an historic Porsche 911. 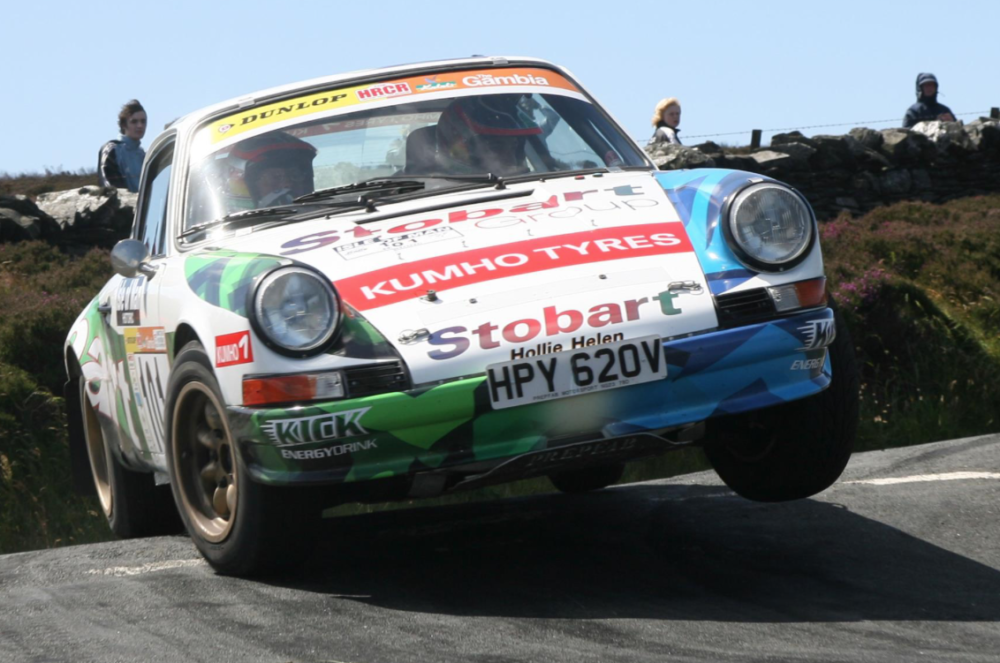 As well as being Colin’s dad, Jimmy is a five time British Rally Champion and one of rallying’s true legends. Now aged 75, the Scot has lost none of his passion for the sport and is as keen as ever to compete in Britain’s blue-ribband event.

“I still love it and as long as I get the thrill and remain reasonably competitive I’ll carry on,” he vowed. “Rally GB is the ultimate rally in Britain and one of the top events in the world – it always stirs up so many fond memories. Sadly, I never won it but did finish on the podium twice back in the eighties. 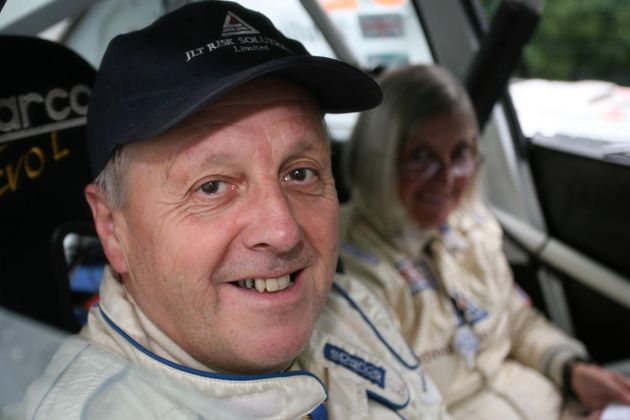 “Although I’m only competing on the two-day WRGB National Rally which runs alongside the main world championship rally it is still very much part of the main event. Being based alongside the WRC teams in the Service Park and using exactly the same stages, it shares the same atmosphere and big crowds.”

For those wanting to compete against Jimmy on the WRGB National Rally, just a few remaining starting positions remain available before the fast-approaching closing date for entries on Tuesday 10 September. Entries for the International Rally have now closed.

Competitors, though, will have to be at their best as Jimmy has enjoyed considerable success in Porsche 911s in the past. Now, with those achievements behind him, he is delighted to have been offered the opportunity to compete in the Post Historic class alongside regular co-driver Pauline Gullick in Brian Bell’s 3-litre RS model from the 1970s.

“I’ve never actually rallied this car before though I’ve competed against it,” said McRae. “Lots of people say the 911 is difficult to drive but they have lots of power and if you get the suspension set-up right you can really have a whole lot of fun.”

To achieve the perfect chassis balance, McRae has engaged the services of renowned Porsche preparation expert Richard Lepley at Prepfab Motorsport. Lepley and McRae have teamed up successfully before when campaigning an Eddie Stobart entered 911. “Richard just knows how to get an historic Porsche right,” enthused Jimmy.

Sir Chris Hoy also driving one of Colin’s cars
Adding to the McRae fervour on next month’s Wales Rally GB, he will be joining Sir Chris Hoy at Oulton Park for the Olympian’s own personal tribute to Jimmy’s son Colin – Hoy’s boyhood sporting hero.

“I was so thrilled to hear that Chris would be driving one of Colin’s cars and texted him saying how excited I am immediately I heard the news,” he said. “It will be very special to be there to share in Chris’ own celebration of what Colin achieved.”

Jimmy’s iconic Group B Rothmans-liveried MG Metro 6R4 from 1986 will also be on show at Oulton Park as part of an eye-catching collection of past rally cars assembled to mark the 75th running of Rally GB. Backed by Autocar magazine, the showcase will include a number of stand-out machines dating back the inaugural RAC Rally of 1932.

Tickets for the easiest to access WRC event
All tickets for Oulton Park must be purchased in advance by 30 September. Adult admission is priced at just £25 with hospitality also available for those seeking the ultimate experience.

A wide selection of tickets for the remaining 21 special stages that follow in Wales on Friday, Saturday and Sunday are also on sale with prices starting at £15 for the family-friendly Saturday evening speed test on the Colwyn Bay seafront. Full details of both the International event as contested by the current WRC stars and the National event in which McRae is competing can be found on the official www.walesrallygb.com website.