As the ‘SMMT Connected’ event early this year, it was clearly demonstrated that there are huge benefits to come from connected vehicles and it’s an area where industry is making huge strides, and at a rapid rate. 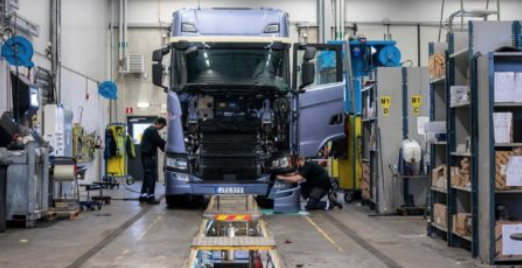 But connectivity isn’t just about autonomy and driverless technology – far from it. In the CV industry, truck manufacturers and hauliers have been using connected vehicles and shared date for almost a decade, and it’s saving both time and money.

The biggest leap forward in truck maintenance in recent years is not a tool or an engineering component. Indeed, traditional technology has taken a back seat to cloud and app-based services that first started to appear towards the start of the decade and are rapidly transforming the world of fleet management into one where the trucks themselves are controlling the way in which fleets are managed.

Just over two years ago, Scania introduced Flexible Maintenance contracts, whereby trucks that are connected to the internet are able to self-diagnose their service and maintenance contracts and feed information back to transport managers. It was an evolution of the company’s first connected services, which it introduced in 2011. 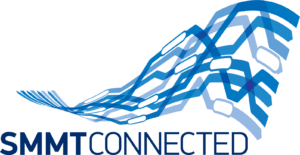 By the end of 2018, the Swedish truck maker had signed more than 70,000 Flexible Maintenance contracts, a 68% increase year-on-year. Scania estimates that operators get at least one extra day’s operational time per truck from the time-saving services that connectivity provides.

“This is one of several signs that connectivity is transforming heavy transport,” said Karin Rådström, Executive Vice President and Head of Sales and Marketing at Scania. “From the customer’s point of view, the results of Scania’s connectivity are becoming more and more beneficial by the year. Better uptime and smarter planning means improved bottom line and more sustainable transport,”

By the end of 2018, there were more than 360,000 connected Scania trucks and buses on the road. About 90 percent of the rolling fleet in Europe is connected. Other parts of the world are following.

The total rolling fleet of Scania vehicles drives a substantial 2.9 billion kilometres every month. In 2011, when Scania’s first connected trucks appeared, the corresponding figure was just 62 million kilometres. It’s the wealth of data provided by the vehicles’ on-board connected devices that allows Scania – among others – to provide flexible maintenance plans based on real-time operational data and actual vehicle usage.

The operational data of each truck is monitored when deciding on maintenance needs, meaning oil and filter changes can be made at the best possible time, which cuts the amount of time in the workshop.

“Connectivity is invaluable in research and development. The volume of operational data is doubled every 20 months,” said Claes Erixon, Executive Vice President and Head of Research and Development at Scania. “Engineers benefit from all this information when designing new features or improving existing functions. They can then delve into all previous data to determine, for example, component wear and durability as the starting point for an optimal design.”

As well as maintenance planning, Scania Fleet Management data gives insights into driving styles, productivity and economy, which can improve vehicle performance and enhance safety. This is vital for operating economy, road safety, and environmental impact, and allows Scania to also provide driver training and personal coaching, as well as on-board driver-focused systems.

“In the era of the internet of things, all tools and machinery will be equipped with sensors which constantly provide a real time information flow,” stated Jeremy Rifkin, author, sociologist and futurologist. “This will fundamentally change the way we do business. The internet of things is offering completely new opportunities,”

Dr Wolfgang Bernhard, member of the Board of Management of Daimler AG with responsibility for Daimler Trucks & Buses, added: “We are connecting the truck with the internet – making [it] the mobile data centre of the logistics network. It connects all those involved in goods: drivers, schedulers, fleet operators, workshops, manufacturers and insurance companies or authorities. They receive information in real time which was previously unavailable: about the condition of the tractor unit and semitrailer, traffic and weather conditions, the parking availability at motorway service stations, rest areas and much more.”

“Our trucks fully connect with their environment, becoming part of the internet and continuously sending and receiving information. All those involved in the logistical process can use these real-time data for their needs. In the future it will be possible to reduce waiting times while loading and unloading, reduce paperwork and avoid traffic jams. With flash updates over the air or automated transfer of inbound time for trucks heading to the service point maintenance time can be reduced significantly. In this way we are considerably improving the performance of goods transport as a whole.”

Daimler, in association with subsidiaries FleetBoard and Detroit Connect, has committed to half-a-billion Euros of investment in connected technology by the end of 2020, both in developed and emerging economies.

At present there are around 180,000 vehicles with FleetBoard systems in operation with around 6000 customers. And FleetBoard not only connects Mercedes-Benz vehicles. Other vehicle brands can also be retrofitted with the FleetBoard hardware at any time, and easily integrated into the logistics management system, which means that even companies with mixed fleets can keep track of their entire fleet at all times.

“When the first iPhone was introduced in November 2007, our customers had already been using FleetBoard for seven years. For over 15 years they have now been able to control their fleet and driver management efficiently both in their Mercedes-Benz trucks and in those from other manufacturers. Nobody has greater experience in this field than Mercedes-Benz Trucks,” said Stefan Buchner, Head of Mercedes-Benz Trucks.