There is a significant global demand for clean, affordable electric buses. In Buenos Aires alone there are 16,000 buses in operation, which are replaced at a rate of 1,000 models every year. In total, the global market for electric buses is around 300,000 vehicles per annum, and that is only growing. 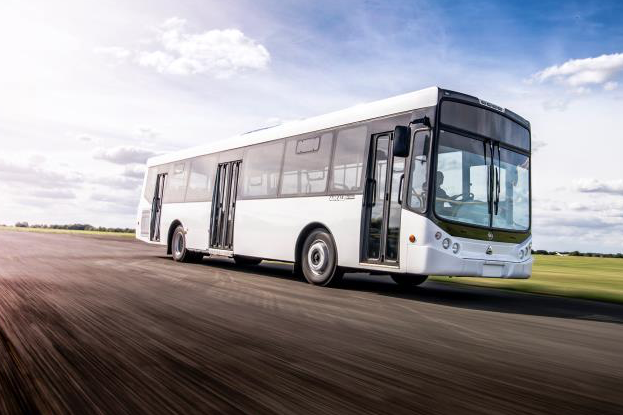 Improving air quality in congested cities is a central concern to citizens and policymakers across the world. While electric buses are often seen as a key solution, they have been prohibitively expensive – until now.

EquipMake-developed electric bus powertrain in final testing phase
Equipmake has now entered the final testing phase of its cost-effective, highly-efficient electric bus drivetrain with UK-based performance and durability development set to finish at the end of the year. In-service trials of the vehicle will then begin in Q1 2020 by Brazilian commercial vehicle manufacturer, Agrale, who will launch the electric bus first in Buenos Aires, Argentina in 2021.

The UK-based test and development programme has ensured that the class-leading APM200 motors, latest generation lithium-ion battery pack and advanced power control system have been working as intended.

The EBus drivetrain features two APM200 motors at its heart, the company’s innovative spoke-architecture electric motor, which is believed to be the highest power/torque dense automotive electric motor in the world. These motors, which will also power the upcoming Ariel hypercar, are mated to proven Semikron SKAI inverters, while battery technology is provided by the latest generation lithium-ion cells.

The drivetrain also features a number of novel innovations, that not only improve vehicle range but reduce capital cost. By optimising the heating and cooling of the vehicle and maximising overall energy efficiency, the bus will have enough range for one day’s running without the need for charging. In this way, the vehicle is not reliant on infrastructure and can maintain flexibility of route.

To charge the vehicle, the operator simply needs access to a standard three-phase supply, which will fully charge the vehicle in around five hours. However, the powertrain also supports fast charging – and has an onboard charger. Equipmake’s EBus system is also modular, meaning it can be adapted to different bus lengths and vehicles, including a double decker. The Agrale bus in testing is based on the MT17, a 12m single deck model capable of carrying 70 passengers.

Ian Foley, Managing Director of Equipmake, said: “We are very excited to be reaching the final phase of EBus powertrain testing ahead of in-service trials in Buenos Aires early next year. The drivetrain has performed exactly as expected so far but as we complete our UK-based durability testing, our team of expert engineers will be making sure it continues to hit every target in order to fulfil its demanding application in Argentina.

“Manufacture of Equipmake’s EBus powertrains is set to scale dramatically over the next few years, so much so that we will be moving to a new bespoke facility in Snetterton in the coming months. We expect to build 700 EBus drivetrains for Agrale in the first year of production but we are already seeing major demand from markets all over the world, making our new factory crucial to fulfilling demand.

“Electric buses are one of the most effective ways to reduce pollution caused by public transportation. Up until now cost has held back widespread adoption, but with Equipmake’s electric chassis that is no longer a barrier.”