A limited edition version of its flagship S-series Highline tractor unit to celebrate the 50th anniversary of its V8 engine is being launched by Scania. 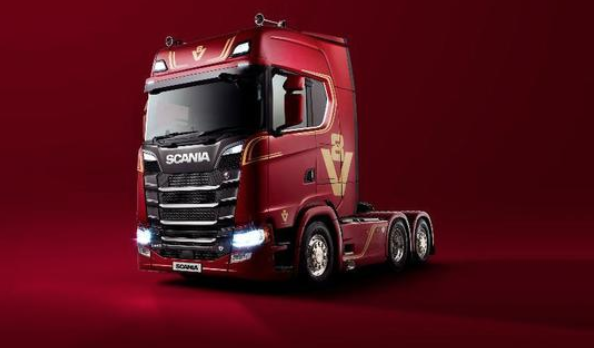 Just 25 of the trucks – available in either two- or three-axle format – will be made, each one individually numbered.

In addition, every owner will be presented with a specially-commissioned numbered certificate commemorating their purchase of a 50th anniversary Scania V8.

Vincente Connolly, UK Sales Director for Scania in the UK, told us: “In the UK, the V8 is an integral part of our success story representing a significant proportion of our sales – especially to long-haul operators, particularly those in Scotland and Northern Ireland.”