Dayco, a leading engine products and drive systems supplier for the automotive, industrial and aftermarket industries is a major player in the heavy duty (HD) sector, where it supplies important original equipment (OE) components, such as tensioners, idlers and auxiliary belts, to HD vehicle manufacturers (VM) across Europe and around the world. 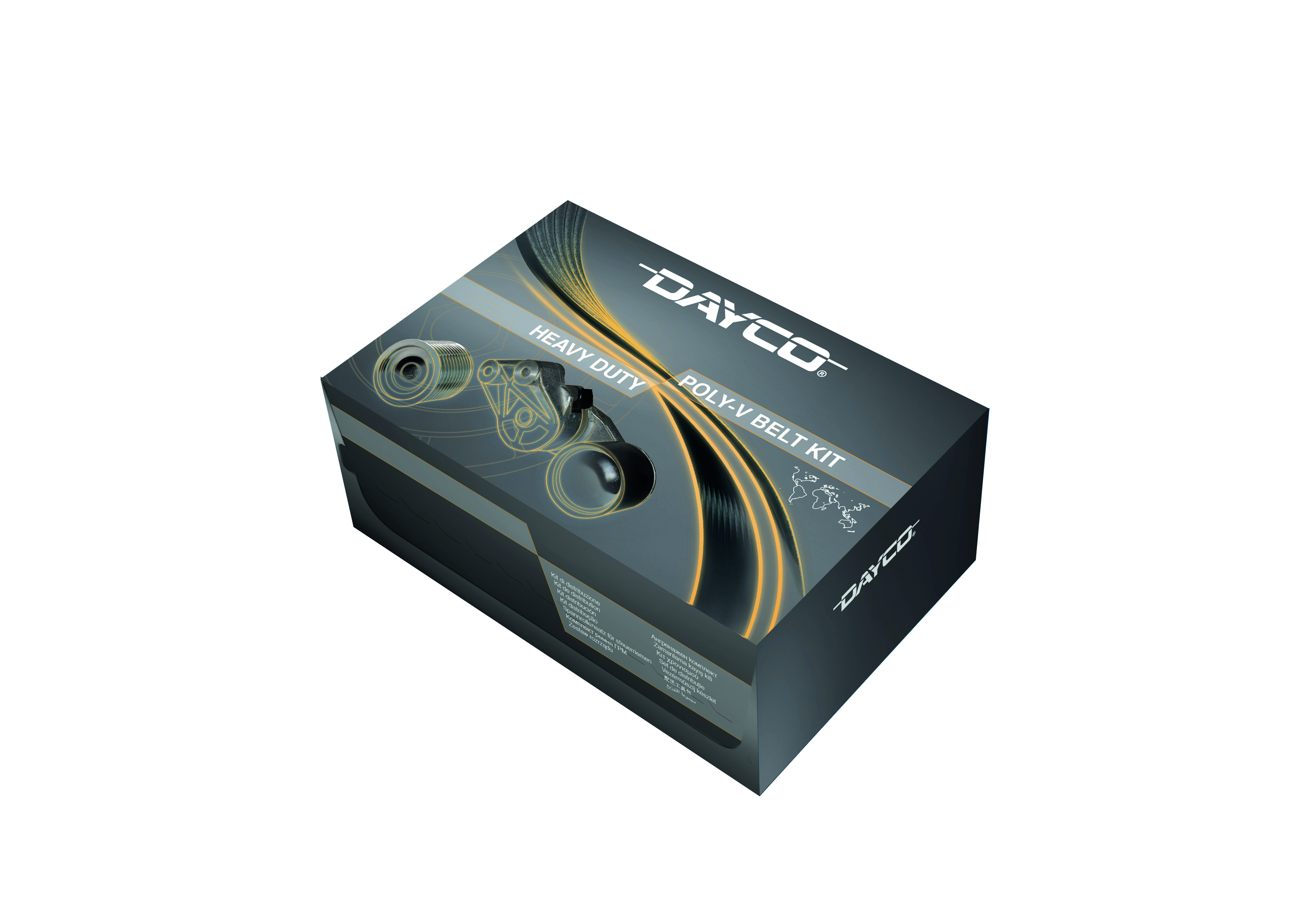 The company’s engineering specialism provides Dayco with the expertise required to design and manufacture drive system related components, whether for OE or aftermarket, that best suit the needs of the application. As a result, its recently introduced auxiliary belt kits, distinguished with the prefix KPVHD, for the Scania PRT range and older 4-series vehicles, which contain all the necessary components to ensure technicians are able to make a full and thorough front end auxiliary drive (FEAD) system replacement, making service and repair work easier for both the wholesaler and workshop.

In addition, Dayco is also simplifying life for wholesalers by negating the need for them to undertake an additional search to identify and source the corresponding tensioner and where fitted, idler, to accompany the appropriate auxiliary belt.

Of Swedish origin, Scania is now part of the Volkswagen Audi Group and although much of its manufacturing is still based in the country, it also has facilities in Argentina, Brazil, France, India, Netherlands, Poland and Russia. Produced in several configurations, as both tractor and rigid units, it is perhaps most familiar as a fire engine/rescue vehicle, where many regional fire brigades still have them in the frontline on active service.

The 4-series was introduced in 1995 as the successor to the 3-series and came in five engine combinations, three cabs and four chassis types. It too was superseded in 2004 by the PRT range, first as the high forward control cab R-series, then the low forward control cab P-series and finally the bonneted cab T-series.

However, this was dropped in 2005 and the medium forward control cab G-series joined the range in 2007. 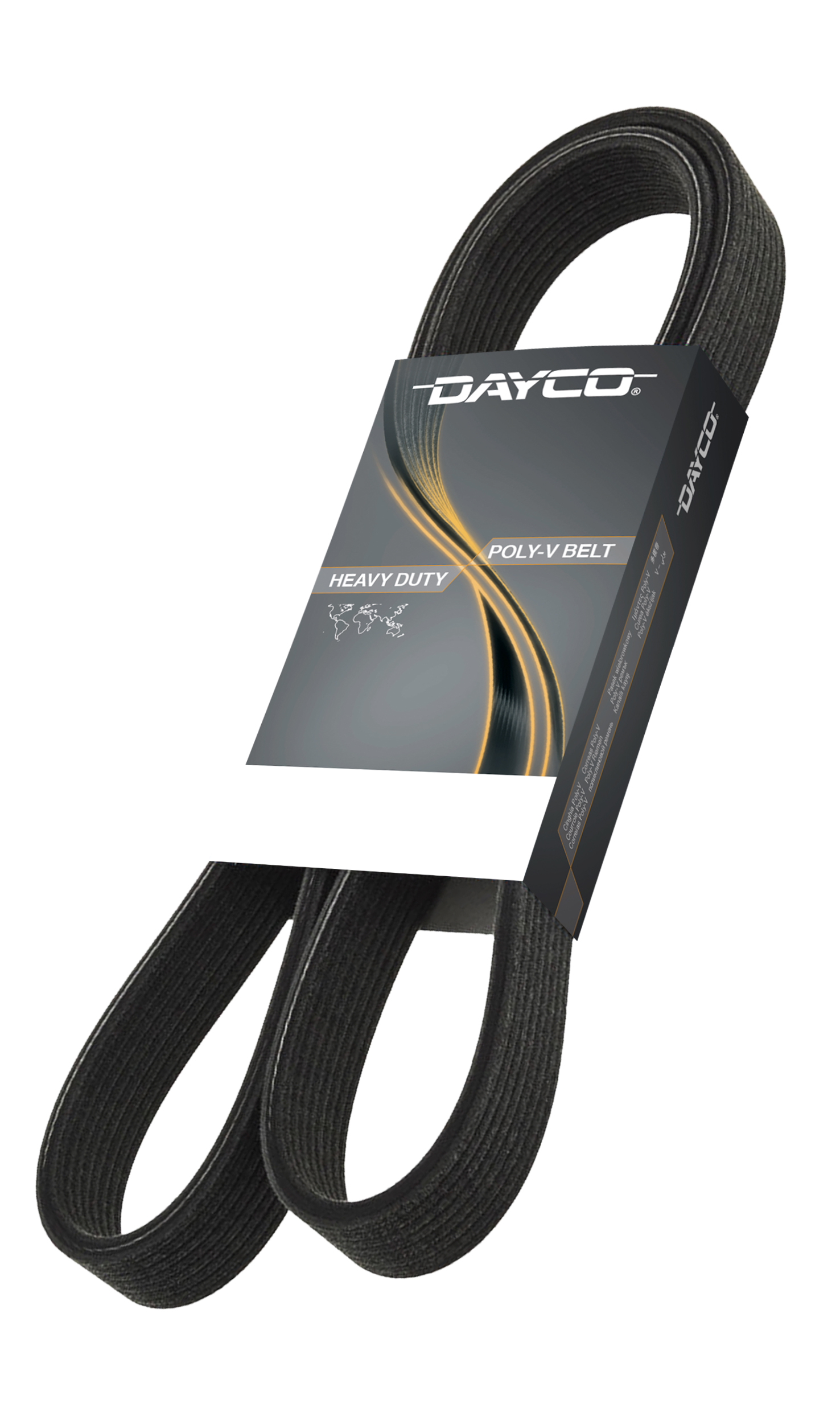 Dayco provides coverage for these vehicle, as well as others such as the F, K and N-series, Irizar Century/PB and OmniCity/Express/Link, through 13 individual kits, which generally come with the same tensioner and idler/idlers, but with a different belt of either eight or 10 grooves in its design.

Other variations include the number of idlers used in the application because although all naturally utilise a tensioner, the number of idlers in the system varies from none to three, dependant on the engine specification. However, as stated, all Dayco auxiliary belt kits contain the matching number of drive components to allow technicians to undertake a full FEAD system replacement.

The most popular kits are KPV033HD, KPV068HD, KPV072HD and KPV089HD, which all cover applications with air conditioning and come with a combination of either one or two idlers.

“The idea behind combined auxiliary belt kits,” explains Dayco UK’s National Sales manager, Steve Carolan, “is to assist wholesalers and workshops respectively to identify the correct combination of FEAD components required and provide a single package that contains all the necessary OE quality parts to carry out the replacement process.

“As can be seen with these Scania references, another advantage is that it also allows us to provide wholesalers with a relatively small number of references that cover a large number of applications, which helps them cater for the most popular enquiries they receive from their customers, with the minimum stock commitment.”

“The key advantages highlighted on the poster include the fact that it’s an all-in-one solution, which also contains any additional fixtures should they be required, a single source of supply to simplify the ordering process and definitive cover for all the elements within the kit, with one overarching warranty,” Carolan continues.

“It’s an important message for workshops as it’s something that makes both ordering the replacement items easier and the installation comprehensive. In addition, the poster is free, so it’s a win-win situation, all they need to do is email us on info.uk@dayco.com and we’ll send one out by return.”