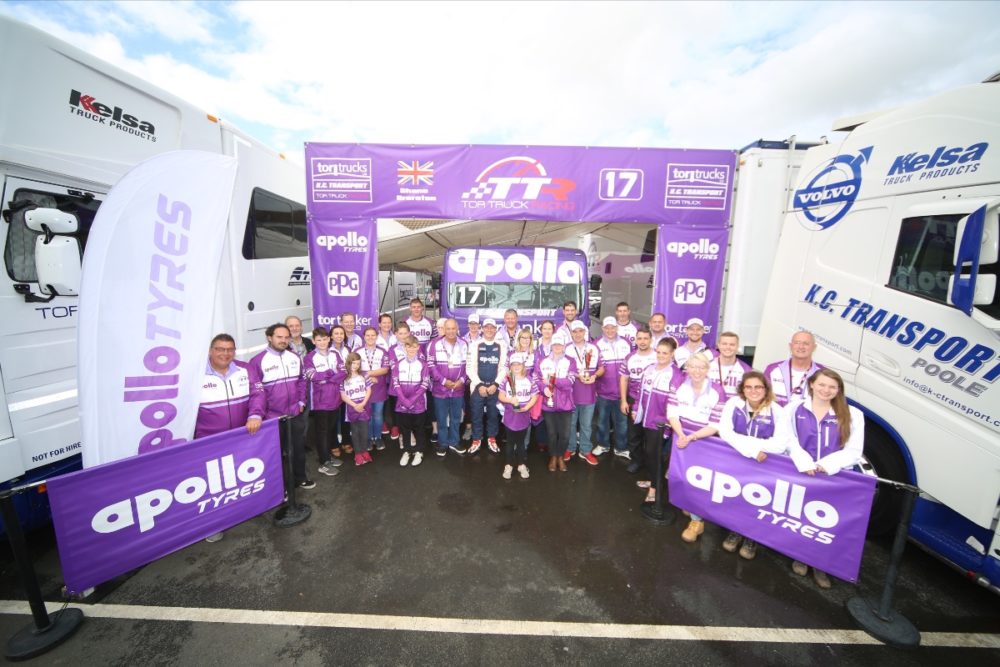 Apollo Tyres UK’s brand ambassador Shane Brereton put the company firmly at the forefront of the transport industry’s minds with impressive lap times in the distinctive MAN Racing Truck at Donington Park’s ‘Convoy in the Park’, resulting in two front-row starts out of the four scheduled races. 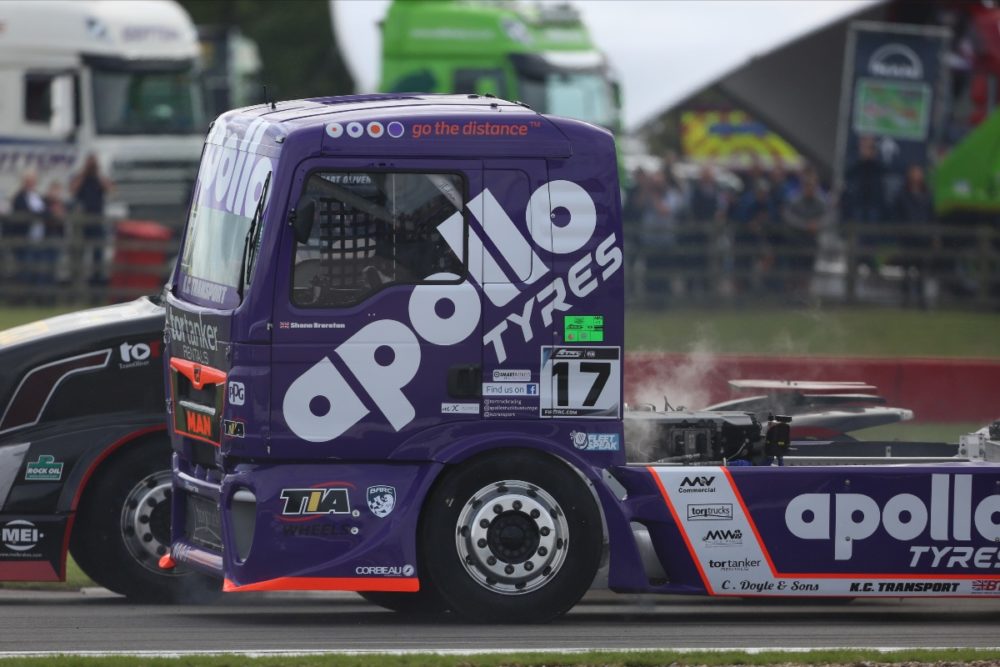 “It was a fantastic weekend for ourselves, Apollo Tyres UK, and our sponsors’ guests as we recorded three podiums in a very competitive field,” said Brereton. “I was overwhelmed by the support we received, all I could see was a sea of purple and white with the British Truck racing fans urging us on.”

Steve Miller, Apollo Tyres UK TBR Sales Manager, commented: “This was a very successful event, as we interacted with many new fleet customers eager to learn about the Apollo TBR tyres that were displayed in the paddock area. Our guests were treated to some exciting on-track action and Thelma, the Apollo Truck, with Shane at her wheel, continued to show improvements in what has been limited track time. Our aim was to increase awareness of the Apollo Tyres brand and, without doubt, both at the Nurburgring and here at Donington we have exceeded expectations. The Apollo Truck is now a firm favourite with Truck Racing fans both in the UK and Europe, and many fans across Europe are asking when they will get the next opportunity to see ‘Thelma’ in action.”