With the return of the English Premier League tonight, new research from Mercedes-Benz Vans UK, highlights the vital role sport plays in supporting men with their mental health struggles. 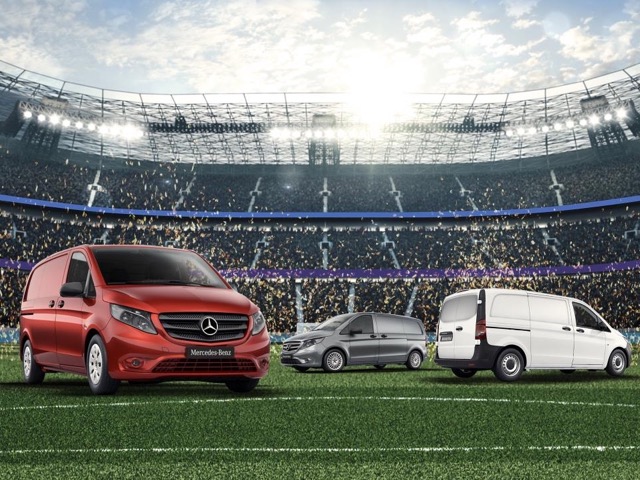 The ‘Business Barometer’ found that for male van drivers, watching and playing sport are two of the key activities that help them switch off and avoid anxiety, stress and depression both in and out of work.

44 per cent of those surveyed said sport, be that watching or participating, is their key outlet when trying to wind down from work with soccer, rugby, tennis and golf the most popular options; over a quarter (26%) said exercise plays a vital role too. This sporting stress relief becomes even more integral considering nearly half (47%) say it’s a continual struggle to switch off once their day is done.

According to the Mercedes-Benz Vans UK Business Barometer, which monitors the opinions on more than 2,000 van drivers and owners, the ‘always on’ culture that’s setting in to modern-day workplaces is playing a key role in the number of people suffering from anxiety (24%), depression (21%) and stress (23%) when outside of work.

In fact, the average time respondents said they’re ‘uncontactable’ by work is just seven hours a week, with a worrying 16 per cent saying they are alert to work pressures 24 hours a day, seven days a week.

A spokesman for Mercedes-Benz Vans UK said: “Our previous Business Barometer report showed that almost a quarter (23%) of UK van drivers haven’t been to see their GPs at all in the last year. This means that mental issues, as well as physical, could be going unreported and unmanaged. And as we continue to highlight the importance of self-care awareness in the industry, we wanted to examine the link between mental health and one of the community’s most popular hobbies – sports. As a huge fan myself, I can say that football really is more than just a game – and as our new research reveals, it could even be essential to tackling mental health in the UK.”

Former professional footballer and Republic of Ireland midfielder, Jason McAteer knows all too well the real-life impacts that not having a specific outlet for those suffering from mental health can have. He’s spoken openly about his struggles with depression and described himself ‘spiralling out of control’. Last year, he laid his story bare in the documentary ‘Through The Storm’, created in conjunction with his former club, Liverpool.

Commenting on the positive links between sport and men’s mental health, Jason said: “I am really proud to be a part of this campaign to help raise awareness of such an important issue that is often seen as taboo and difficult to talk about. The statistics from Mercedes-Benz Vans’ research really highlights just how big of an issue mental health is amongst industry professionals and how not being able to switch off outside work strongly contributes to this problem.

“I know from my own personal experience how vital it is to have a hobby or interest, in order for you to have that needed ‘downtime’ when you are not at work.

“Hopefully this campaign will encourage people across the country to take time for themselves away from work, particularly for the millions that feel stressed or anxious because they feel they can’t switch off.”