Valencia-based Delgo Transport specialises in refrigerated transports at both a national and international level. Now, just a year after acquiring its first liquefied natural gas truck, half of the company’s fleet of 110 trucks runs on LNG, and Managing Director Félix González likes what he sees so far.

“When we found out Scania made gas trucks, 80 per cent of the decision was made,” he said. “And the results we’ve had have been better than what we had on paper. Better consumption levels, and fewer emissions of course.” 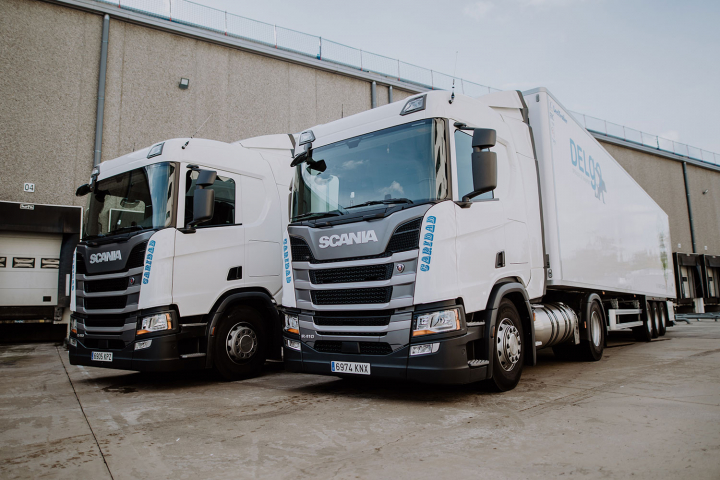 The trucks also appeal to customers looking for alternative fuel transports, helping to drive Delgo’s quick adoption of such a large LNG fleet. “When we did some analysis, we thought it was riskier to not do anything.”

In addition to investing in a renewed LNG fleet, Delgo has also installed its own LNG filling station at its main facility in Valencia, a strategic decision that should, in the long run, save both time and money. The company is also taking advantage of a rapidly growing network of LNG filling stations around Spain.

While the most obvious difference for drivers is the refuelling procedure, driver Salvador Sultan Blasco says the new LNG trucks haven’t changed his work much. He said: “My first impressions are good ones. It feels a bit better because the engine is very smooth. You don’t hear a typical diesel engine noise, but driving it is the same.”

Drivers have also benefitted from driver training specifically for the LNG trucks, which have had a measurable impact on fuel consumption. “The Barcelona truck fleet started using gas trucks last July,” explained Fleet Manager Rafa Gimeno Ros. “And after training, consumption was reduced by two kilograms per hundred kilometres.”

For Gonzaléz, LNG trucks are the common-sense alternative to diesel. “I don’t think it’s the final step towards zero emissions, but it’s a model that’s here to stay,” he says.