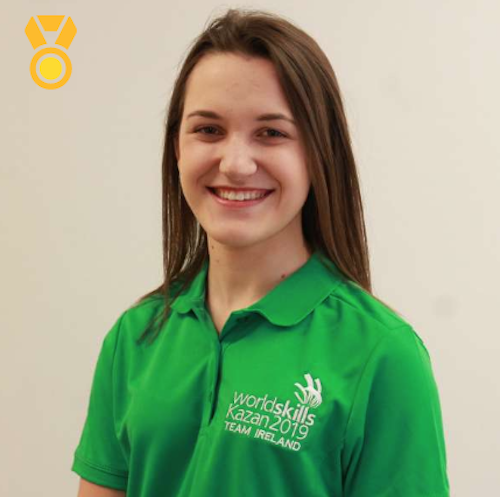 The 22-year-old Kildare Town native joined the selected participants, all under 25 years, who proved expertise in their chosen field before leaving for Russia by competing against their peers to secure a place on the Irish team.

Megan and her fellow team members were selected from the winners of the National Skills Competition finals which were held in March.

The 45th edition of WordSkills brought together 1,354 young professionals representing 63 countries and regions to compete in 56 skills in Kazan, Russia from August 22-27.