MAN TGX semitrailer tractors have been part of the Teharje based haulage company since 2016. The family-run company Eurodinamika operates throughout Europe with around 50 of its own vehicles, as well as with subcontractors.

Opting for the distinctive looking MAN TGX 18.500 semitrailer tractors with an XXL cab was an unequivocal decision, according to Mr Hilmo Batlak, Director of Eurodinamika. He said: “Both the drivers and the company management were in favour of MAN, because happy drivers are a prerequisite for the success of the company. The XXL cab provides ultimate comfort for drivers, and from a business perspective, MAN has a competitive edge when it comes to reliability, efficiency and outstanding service.”

In addition to the five recently acquired vehicles, Eurodinamika will be bringing other MAN semitrailer tractors with extensive driving assistance systems into service over the course of 2019. There are a further 15 trucks in the pipeline. 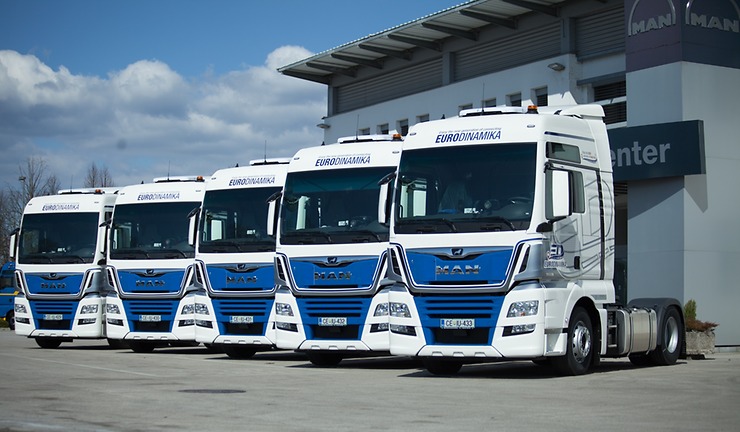