Ireland’s commercial transport fleet makes up just three per cent of vehicles on the road, yet is responsible for approximately a fifth of transport’s carbon emissions. Switching to CNG can reduce a Heavy Goods Vehicle’s (HGV), emissions by up to 22 per cent. In the future, these vehicles can achieve zero carbon transport when operating on renewable gas. GNI has a strategic plan to achieve 20 per cent renewable gas on the network by 2030. 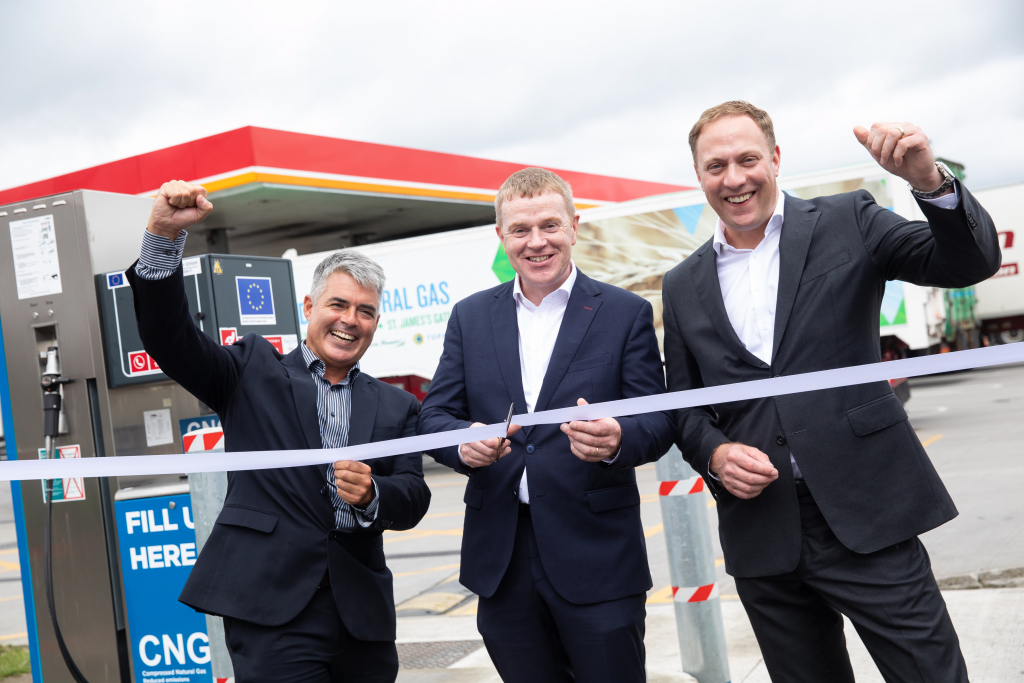 The state-of-the-art fast fill facility at Circle K Dublin Port has the capacity to fill 50 HGVs a day with each fill taking no more than five minutes. This station marks the first public CNG re-fuelling station in a network of 150 filling stations to be developed in Ireland in the coming years.

CNG is natural gas which has been compressed to fit into a Natural Gas Vehicle’s (NGV) tank and is particularly suitable for use in commercial vehicles. It is a proven alternative to diesel or petrol and reduces transport costs by up to 25 per cent and carbon emissions by over a fifth. There are an estimated 25 million NGVs in operation worldwide, and almost two million in Europe.

The re-fuelling facility at Circle K Dublin Port is strategic public infrastructure which will be capable of providing a fully carbon-neutral fuel to the commercial transport market for the first time.

Gordon Lawlor, Managing Director, Circle K commented: “We are delighted to introduce Ireland’s first publicly-accessible, fast-fill CNG station through our partnership with Gas Networks Ireland. We are very proud to offer Ireland’s commercial fleet operators a cleaner and more cost-effective fuel alternative. At Circle K, we are committed to making our customers lives a little easier every day and together with Gas Networks Ireland we have plans to open additional CNG stations at key motorway locations in the near future.”