A 17-ton truck, covered in graffiti by the artist Banksy, will be offered by Bonhams on September 14 at its motor car auction, the Goodwood Revival sale in Sussex. 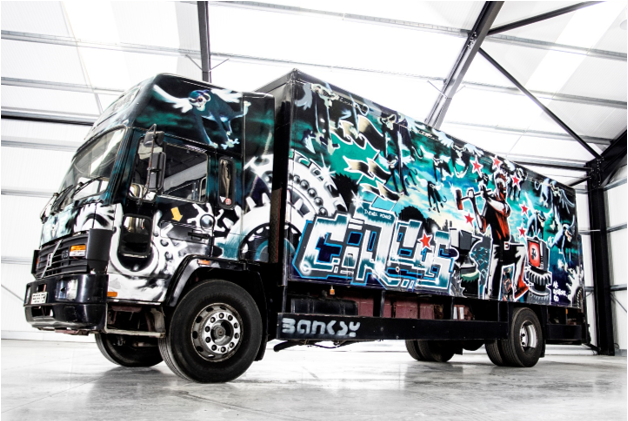 The 19-year-old Volvo FL6, entitled Turbo Zone Truck (Laugh Now But One Day We’ll Be in Charge), is said to be the largest-ever work created by Banksy, with a painted surface area of 80 square metres. The estimated value of at least £1 million reflects the work’s importance. It is accompanied by a Certificate of Authentication issued by Pest Control, Banksy’s studio. 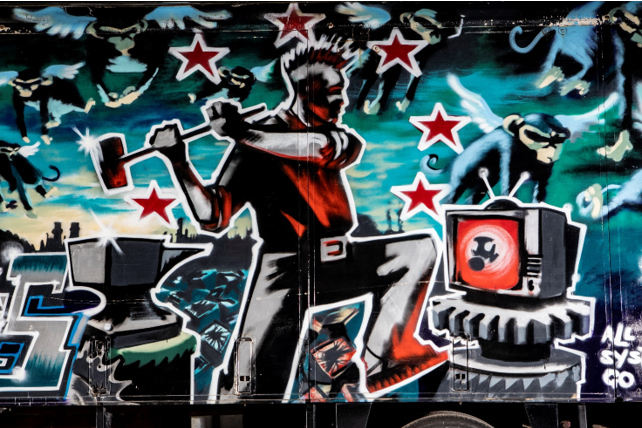 The images on the truck shows the silhouette of a male figure swinging a hammer towards metal cogs. The background depicts flying monkeys and red stars with the word ‘circus’ stencilled across the back end of the truck and the reverse side of the truck shows a group of soldiers running away from a cannon. The title of the piece is stencilled above the soldiers’ heads with ‘charge’ in large letters. 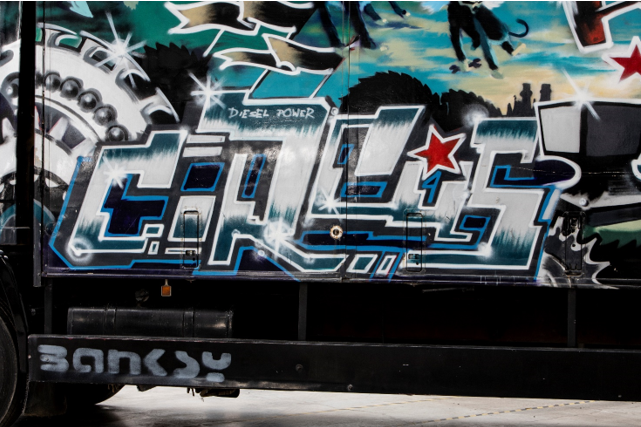 Ralph Taylor, Bonhams Global Head of Post-War & Contemporary Art hailed Banksy’s truck and is relishing the opportunity to continue offering the best of his work at their auction, which they have done for the past decade.