Apollo Tyres UK’s purple and white colours returns to the UK for the first British truck race of the year.

Thelma, the TOR Truck Racing truck wearing Apollo’s livery will feature at Donington Park this weekend, August 10-11, which will be round five of the British Truck Racing Association Championship. 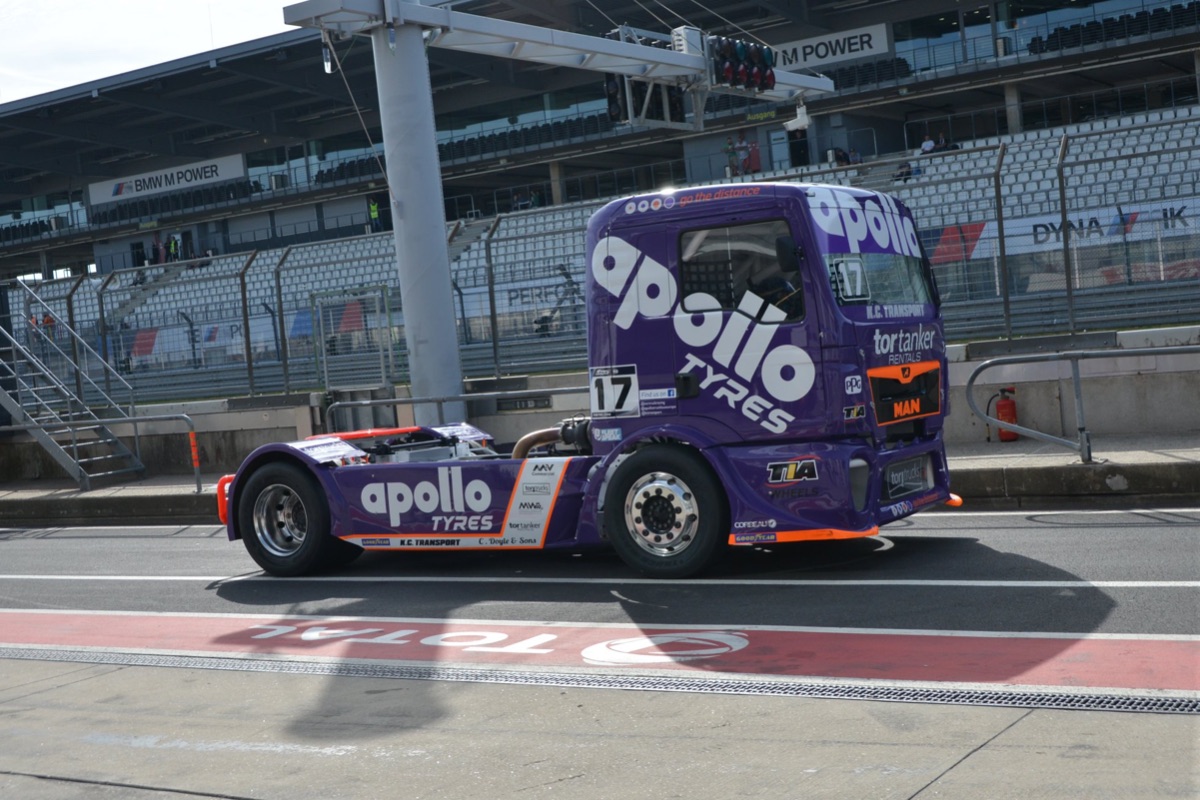 Convoy in The Park 2019 will see thousands of trucks and drivers compete and entertain the general public with a combination of European-style truck shows and performance truck racing.

Having recovered from the injuries sustained at its first ever race, The International ADAC Truck Grand Prix, Nürburgring last month, Thelma is going to be raced once again by FIA ETRC 2018 Grammar Cup champion, Shane Brereton.

Shane Brereton lists Donington as one of his favourite British circuits, as it is regarded as the home of British Truck Racing. He says: “The circuit is very ‘technical’ but equally rewarding when you get it right. We are very happy with the way testing went yesterday, the truck is performing as it should and we are looking forward to qualifying on Saturday morning,” he said, just ahead of the race weekend.”

“We couldn’t miss Donington and Convoy in The Park,” says Steve Miller, Apollo Tyres UK TBR Sales Manager. “After Thelma’s inaugural appearance at the Nürburgring in July, this is a home debut for Apollo Tyres UK and Tor Truck Racing.

“We received many plaudits from a knowledgeable audience in Germany: the organisers, press, competitors and most importantly the fans were all taken by the striking Apollo Tyres livery on display. We hope to be competitive again and relish the chance for brand exposure at an event which is attended by the biggest names in the hauliers’ industry.”