The Sampa range of quality spare parts for heavy-duty commercial vehicles are now available from the Harris Group as part of its all-makes programme, which also includes XXL Marmitte and TruckTec. 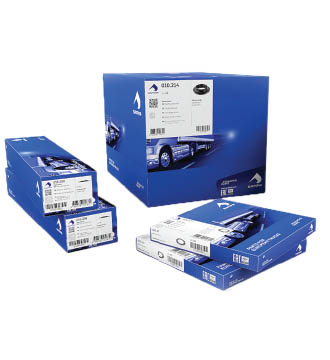 Established in 1994 as a distributor in a 100 square metre shop in Samsun, Turkey, Sampa has transformed into a manufacturing and sales giant, now operating on a 100, 000 square metre integrated campus with nine factories.

Sampa also has a comprehensive R&D centre called CAMP, where the brightest talent bring the best work to life.

This 3,000 square metre state-of-the-art facility launched with an investment of $10 million is Sampa’s significant step in expanding local innovation.

CAMP is fueled with 2.5 per cent of Sampa’s annual turnover. Equipped with high-tech tools, machinery, and a total of 110 engineers, developers, and designers, CAMP is constantly in pursuit of new products, processes, materials, and methods.

In addition to developing and manufacturing over 15,000 products under 24 different groups, Sampa also buys and sells over 15.000 products, which increases its offering to a total of 30, 000.