The Freight Transport Association (FTA) , the business organisation which represents the interests of the logistics industry in the UK and Ireland has reiterated its call for a frictionless border in Ireland after Brexit. 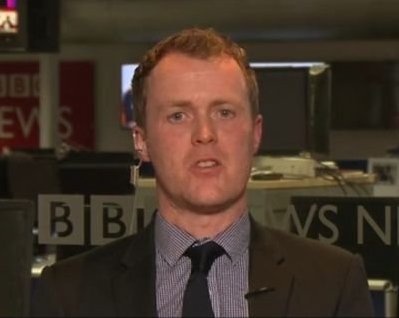 Responding to the Alternative Arrangements Commission (AAC) Consultation, the FTA has emphasised that at present no border exists anywhere that can deliver frictionless trade, and any delays to the post-Brexit arrangements could be disastrous for businesses in Northern Ireland which rely on all-island supply chains.

“Businesses in Northern Ireland rely on the smooth passage of goods and services across the border,” says Seamus Leheny, FTA’s Policy Manager for Northern Ireland, “and it is vital that any proposal which the AAC presents reflects the need for the continuance of these arrangements.  So much of the all-island economy relies on swift, smooth cross-border logistics, which would be threatened by the introduction of new infrastructure.  FTA also highlighted the need to ensure no requirements for surveillance of vehicles and business at and near the border as well as the potential for designated cross border routes for commercial traffic. The alternative arrangements proposed by the Commission need to protect the status quo at all costs, or risk businesses and livelihoods across the country.”

Chaired by MPs Greg Hands and Nicky Morgan, the AAC is seeking suggestions from businesses for future operation of cross-border trade and to avoid entering the Irish backstop, which has proved contentious for many MPs.  The so-called “backstop” would keep the UK under EU economic rules if a future trade deal did not keep the Irish border open.

“The AAC interim report discusses the potential for a single Sanitary and Phytosanitary (SPS) Zone for the UK and Ireland after Brexit but this is simply unrealistic and raises the prospect of more problems in the future should the UK diverge from EU SPS regulations,” continues Leheny.  “And without the resources or infrastructure to accommodate additional checks and tariff payments at the border, the onus for implementing the changes will fall on businesses already hindered by uncertainty and indecision over the future trading arrangements under which they will be expected to operate.  Finding a solution to the challenge is not a simple one, as recognised by Mr Hands himself, but the Commission owes it to Northern Irish businesses to work to find one.

“The AAC report highlights the potential for Special Economic Zones (SEZ) within Northern Ireland and centred along the border regions, however these would only serve to create new borders, barriers to trade and new formalities while also requiring the agreement and consent of the EU – these are not the solution to the predicament of Brexit and the border in Ireland.

“FTA’s response to the AAC is clear – keep Ireland’s border frictionless after Brexit to protect the regional economy and the thousands of jobs which currently rely on the freedom of movement for goods and services on an all-island basis.”

Efficient logistics is vital to keep Britain trading, directly having an impact on more than seven million people employed in the making, selling and moving of goods. With Brexit, new technology and other disruptive forces driving change in the way goods move across borders and through the supply chain, logistics has never been more important to UK plc. A champion and challenger, FTA speaks to Government with one voice on behalf of the whole sector, with members from the road, rail, sea and air industries, as well as the buyers of freight services such as retailers and manufacturers.