Fairport Containers, part of the Fairport Engineering Group, has taken on its first ever DAF. The XF 450 FAR – a 26-tonne GVW, tag-axle, 6×2 rigid, is plated for 44-tonne GCW and bodied for hook-loader operations. It is being operated out of Fairport Containers’ site at Bridgewater following a successful Operator’s’ Licence application. 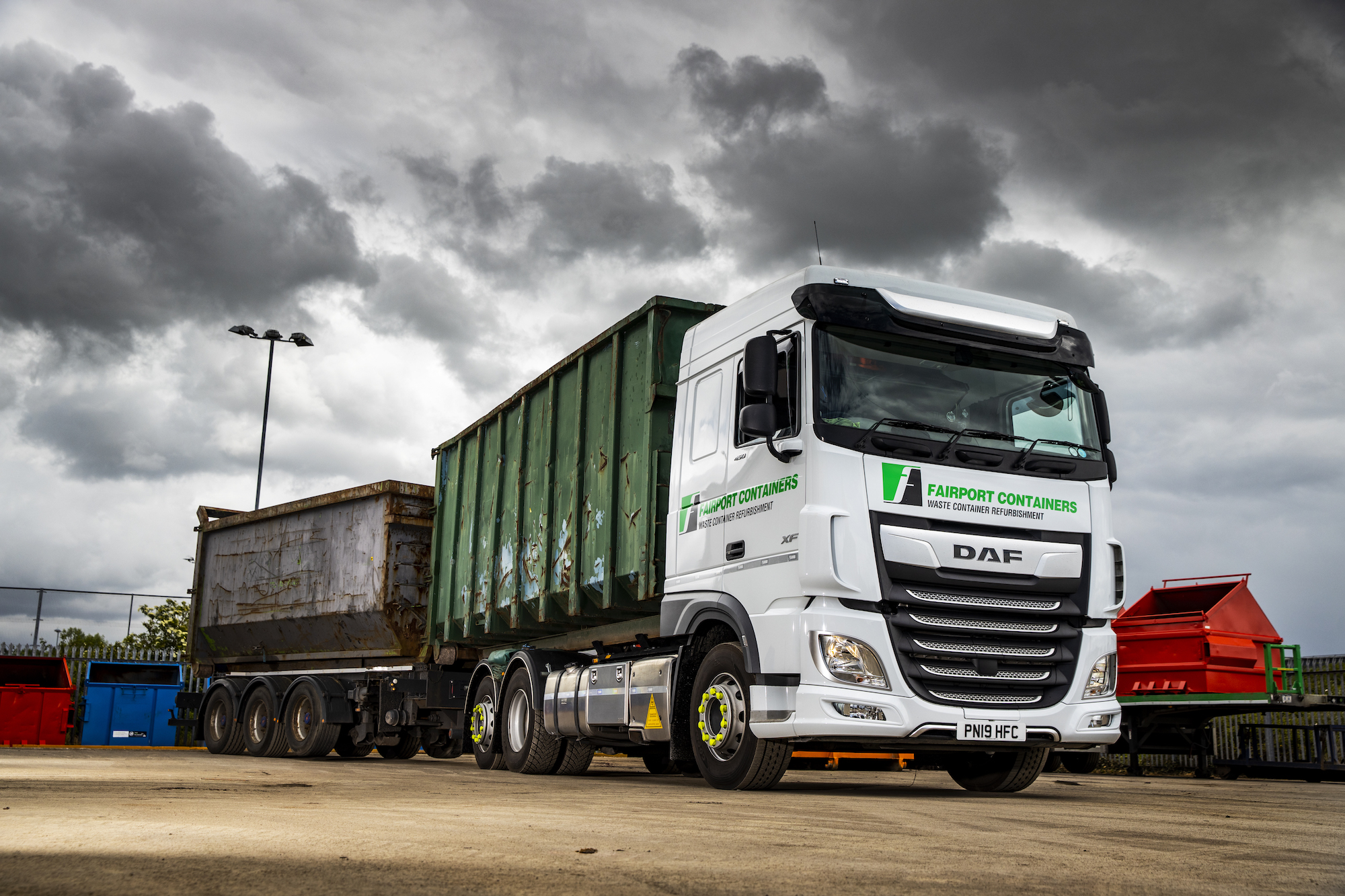 Talking about the arrival of the DAF, Lee Cunliffe, Fleet Engineer, said: “We have had a long tradition of running largely premium German trucks, but when this requirement came up we decided to at least let our local DAF Dealer, Lancashire DAF, talk to us. In fairness to them, we rather liked what we heard and asked for a formal quotation. That came in at a very competitive level, so with a three-year R&M package included and a DAF dealer close by the Bridgewater plant where we planned to station the truck, we decided to go for the XF.” 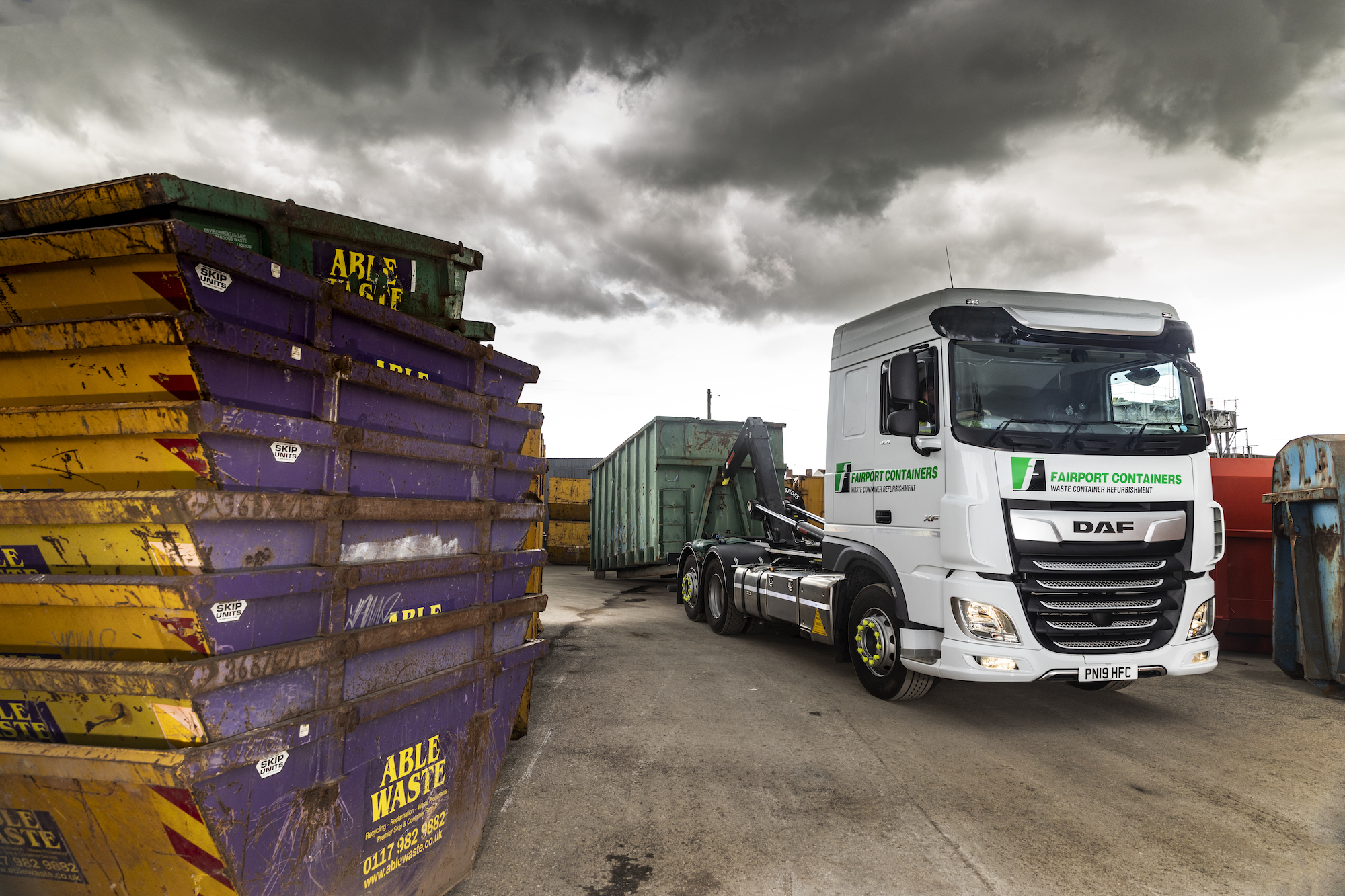 Since then Lee and the team have not been disappointed. The driver of the new DAF is reported as ‘absolutely loving it’ and, though still early days, Lee is happy to say that fuel consumption is already looking “very good”. He goes on, “We had been looking to replace a couple of older hook-loaders recently, but every time we specced a new one the business just kept growing and we ended up keeping both the new and old vehicles. Now though, the DAF XF will be a replacement for one of those older vehicles and we are keen to see just how it performs long term – it was a big decision to move from our well-established marque, but we have no complaints so far. It’s just one truck, but it has added importance to us as, until now, all the fleet had operated out of Adlington. The XF is going out to one of our other sites and it will be interesting to see how that works for us.”

The company headquarters are at Aldington near Chorley in Lancashire, where a well-established plant has been handling the growing work-load, though the business operates out of three sites in total – Adlington, Bridgewater and Aston Clinton. The XF will work at Fairport’s centre at Bridgewater, where the company has invested significantly into a state-of-the-art, purpose-built facility. Here, a continuous twin-lane process sees skips of all types go through a rigorous procedure of shot-blasting, full engineering inspection and repair/renovation/remodelling as required, before entering a specialised paint shop to re-emerge ‘as new’. It is an impressive process and work is building in line with the UK’s general environmental focus on ever more waste management and re-cycling.

Fairport has its own maintenance workshops at Adlington. Lee Cunliffe notes: “We have bought the DAF with the three-year R&M package, as it it’s going to be based away from here, and we want Wessex DAF in Taunton to handle the routine work, but I definitely want to see it in here at least once a year. That way we can inspect and assess it against general fleet condition, as well as handle its MOT.” 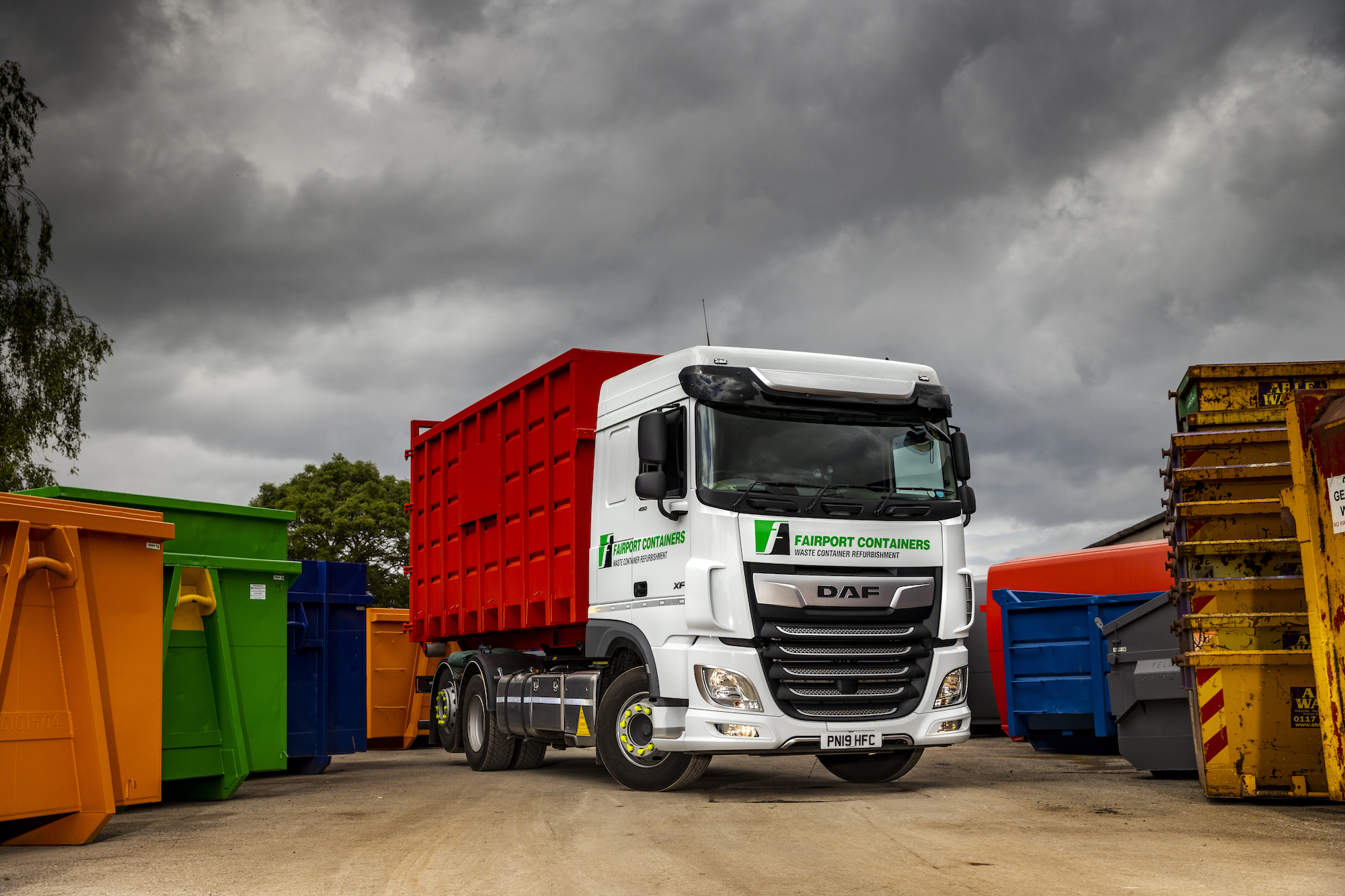 The Adlington workshops look after the rest of the 45 strong fleet of trucks, trailers and vans, a number of which operate on the company’s booming sister business, collecting and replacing clothing bank containers around the country for key charities. This activity has led to the addition of a further DAF to the fleet, in the shape of a 58 plate LF with a HIAB crane. Cunliffe adds: “We wanted a vehicle like this for urgent calls where a clothing bank has been vandalised or broken into – we are expected to respond within 48 hours, so are trialing this DAF as our ‘rapid response’ vehicle. Right now we are very happy with it and will see how it goes before making a decision on maybe replacing it, or adding to it with a new truck – perhaps based at Aston Clinton.” 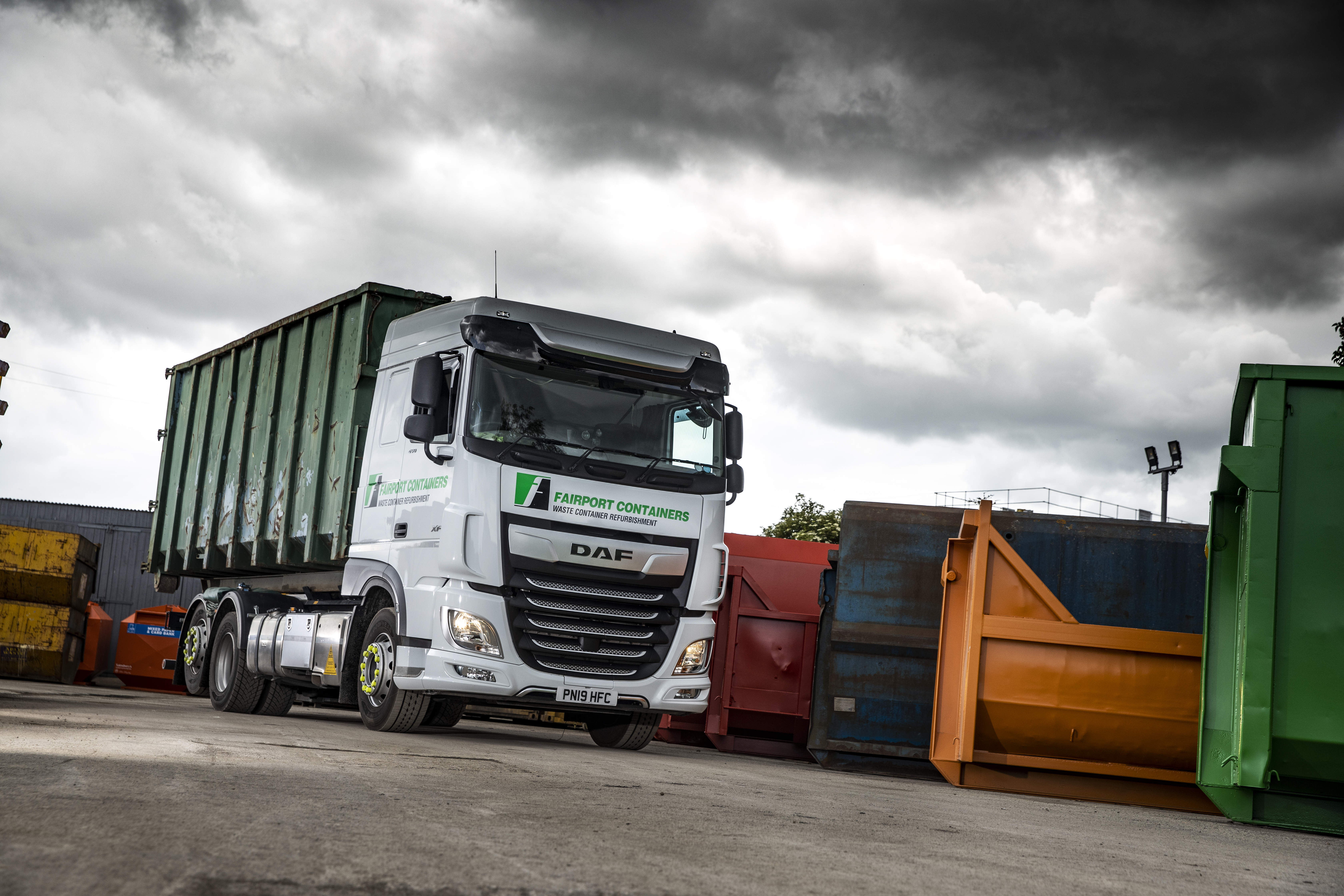 Fairport monitors all its vehicles, using a third-party telematics agency, with a view to assessing whole-life costs across the fleet. Because of the lighter loads transporting empty skips over relatively short distances, Cunliffe tends to run the vehicles for longer than a normal transport operator would. On average they are eight years old before Lee and his team take them into the Adlington workshops to service and refurbish them for private onward sale. “We offer a good quality truck for sale even at eight years old,” says Lee, “because apart from the relatively light work they have to do, we also have dedicated drivers for each vehicle, and naturally they tend to look after the vehicles better.”