UK-based Bus company Stagecoach says a total of 351 ‘cleaner, greener’ buses and coaches are expected to go into service this year.

They will be introduced on Stagecoach’s regional networks in England, Scotland and Wales, as well as its megabus.com routes in the UK.

More than 300 of the vehicles will be built by Scottish-based Alexander Dennis (ADL) and its subsidiary Plaxton.

The Perth-based transport giant said ‘virtually all’ of the vehicles met the UK government’s specifications for low carbon emission buses, with a mixture of electric vehicle technology and the latest Euro 6 emissions standard engines.

The planned orders include 48 electric buses which are being part-funded by the UK Government’s Green Bus Fund and – once orders are finalised – will go into service in Manchester and South Wales.

Around three quarters of the new vehicles will be fitted with audio visual display systems which provide next-stop information.

Each of the new vehicles will also be fitted with CCTV, and USB charging points, while most will also have WiFi installed, giving customers free internet access during their journeys.

The new vehicles are expected to go into service this year. 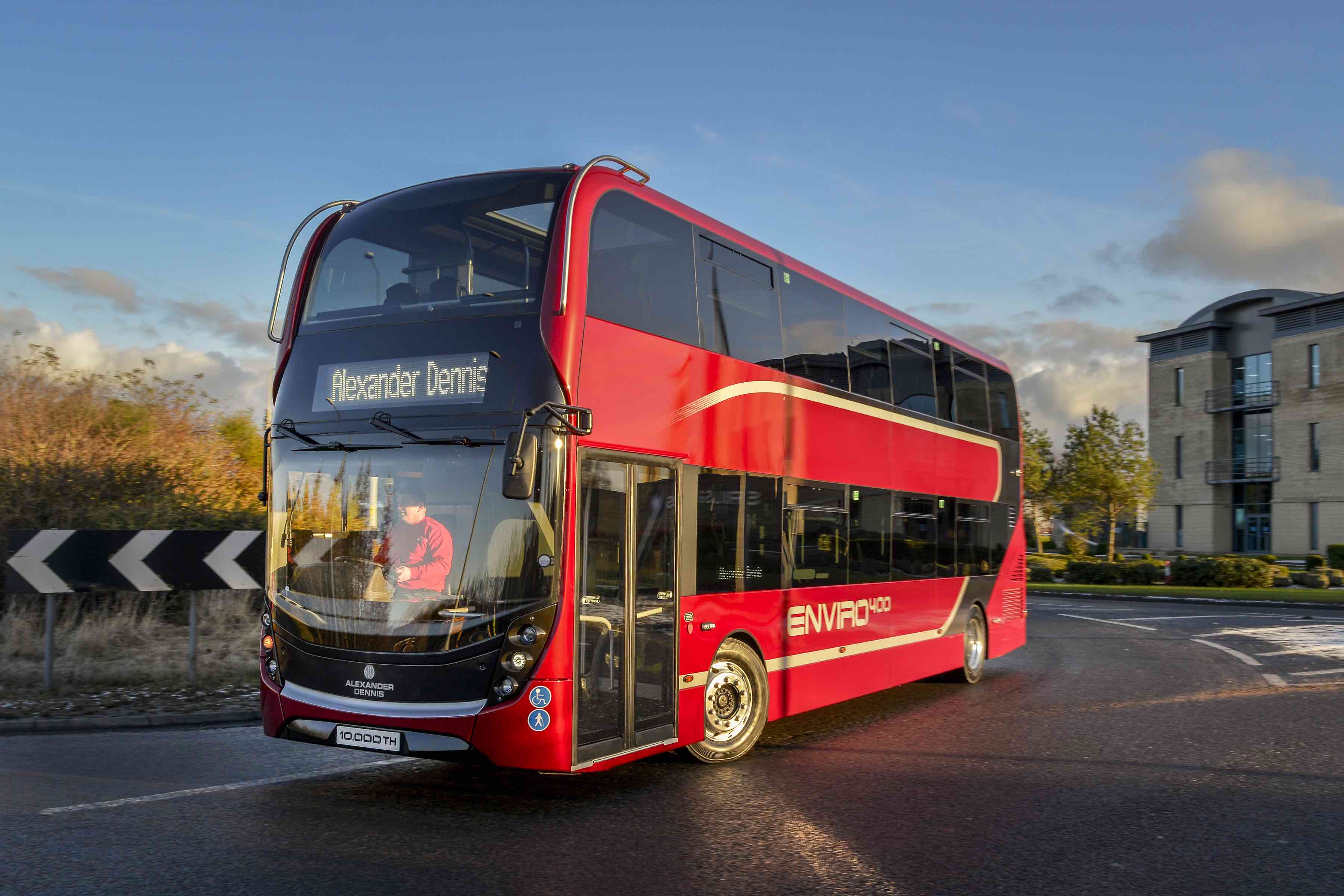 The latest investment includes 131 low-floor double-decker vehicles to go into service across the UK, as well as around 95 single-deck vehicles and 28 midi-buses.

Also included are a fleet of 12 new Alexander Dennis Limited Enviro400 XLB double-decker vehicles for the Cambridge Guided Busway, delivering more capacity than ever before, carrying 100 passengers. There are also 22 coaches for the Group’s UK Bus, Scottish Citylink and megabus.com operations.

Stagecoach chief executive Martin Griffiths said, “This is a huge investment by the private sector in providing better mobility and better air quality in local communities.

“It follows other significant investment that we’ve made in smart ticketing, improved information for customers and digital technology.”

Alexander Dennis has developed an innovative new concept for Singapore. These Enviro500 buses will feature a full-flat floor design along with three passenger doors and two staircases, one at the front and one at the rear of the vehicle, allowing commuters to move through the vehicle quickly and safely.