A change in HGV speed limits in the UK has contributed to saving businesses millions of pounds every year and may have had a positive impact on road safety. 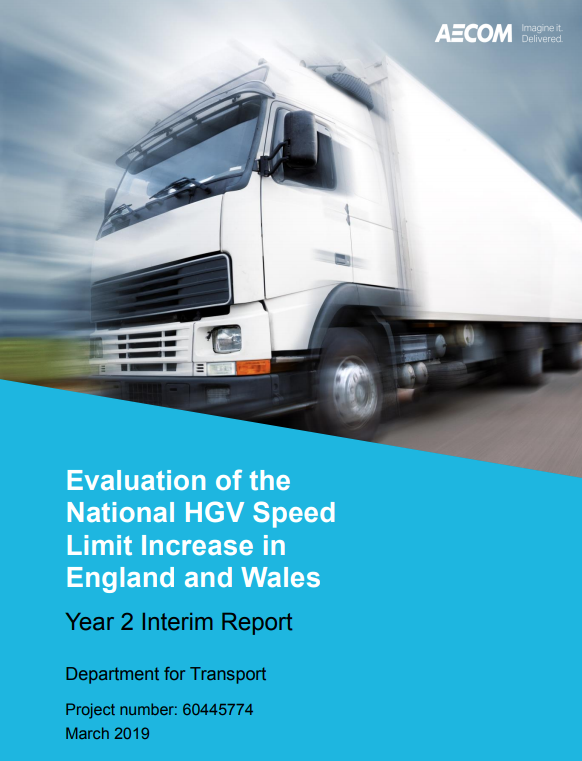 The Evaluation of National HGV Speed Limits, published by  the Department for Transport (DfT), analysed the effect of increasing speed limits for heavy goods vehicles (HGVs) in England and Wales.

In April 2015, new national speed limits came into force for HGVs over 7.5 tonnes on single carriageway and dual carriageway roads in England and Wales.

In October 2015 the DfT commissioned a three year evaluation of the speed limit change with the primary aims of generating the evidence needed to support future policy decisions and validate the initial impact assessment for the increase.