Renault is consistently the third best selling van and light commercials brand in Ireland behind Ford and VW. Less known in Ireland is the fact that Renault was also the number one van/LCV brand in Europe many years up until the last two years when it has been overtaken by Ford but remains solidly in second position, so all told, it’s a major player in light commercials.

Back to Renault Ireland, which takes the vans sales very seriously and this is further emphasised by their introduction of a range of special versions of its LCV range. 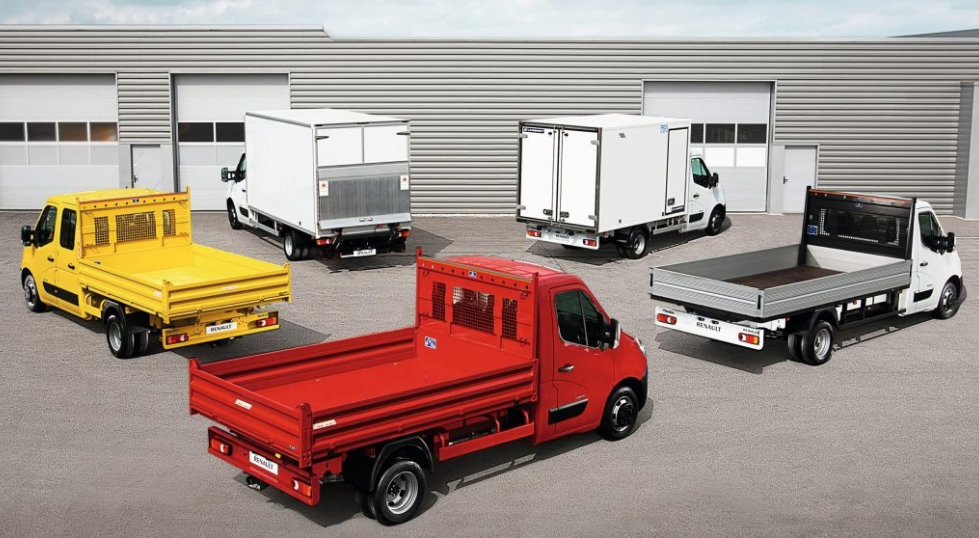 Now first of the special factory conversions is the new Master ‘Business’ van is designed for parcel deliveries. The passenger seats are replaced by a secure door access through the bulkhead to the rear and an optional ‘jump’ seat. The cargo area can be shelved/racked to suit the buyer’s requirements. The side sliding door is only used when loading the vehicle. This Renault Master Van (FWD LM35 dCi 130) Business starts from €28,650, excluding optional extra specification.

There are three other specialist factory-built Master variants – a box van with a tail-lift option, as well as a choice a dropside pickup or a tipper version of that. Engine options and wheelbases choices are available.

Remember Renault also recently introduced an electric version of their Master, which is available to order in Ireland, and has re-introduces a van version of its Megane Tourer (estate).

The latter has no VRT reduction applied but it is an impressive car-derived van that targets both the fleet and owner-operator business.