Scania have tracked down the owner of the very first Scania V8 to roll off the production line. “I have always had a passion for new technology – now I’m driving electric,” says Henrik Olsson, now 81 years old. 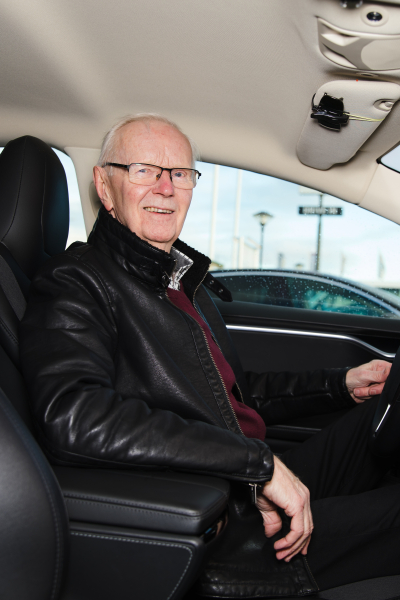 In the late 1960s, Henrik Olsson needed a replacement for the Scania LS76 that his transport company was using for timber haulage in the forests of Värmland in western Sweden. The contract for a new Scania had already been signed when, one Sunday, the salesman called again.

“He said he’d heard a rumour about the release of a completely new model, a V8,” recalls Olsson, “and wondered if I’d be interested in becoming the first person to buy an LBT140.

“We really needed that to handle the steep, slippery dirt roads. The LBT140 provided a sense of security. You knew you’d manage the hills without any problem.”

Initially however, the new truck was not completely hassle-free. The engine was so powerful that the drive shaft broke a couple of times. “But on those occasions, the service was outstanding,” says Olsson. “That’s one of the reasons we stuck with Scania – plus the fact that the truck was good, of course.”

Having run his company for 20 years, Olsson sold the business, becoming an official for the Värmland province hauliers’ association. Now retired, he maintains a passion for vehicles.

Henrik Olsson is now awaiting the delivery of the latest model.

“I’ve always been interested in new technology, so of course I was curious. Driving an electric vehicle is a great feeling; the car reacts instantly, feels powerful and is completely quiet. I’d love to start over again as a driver so I could drive electric trucks.”

So what happened to the first Scania V8? After four years and 600,000 problem-free kilometres, it was replaced. Its ultimate fate is unknown. 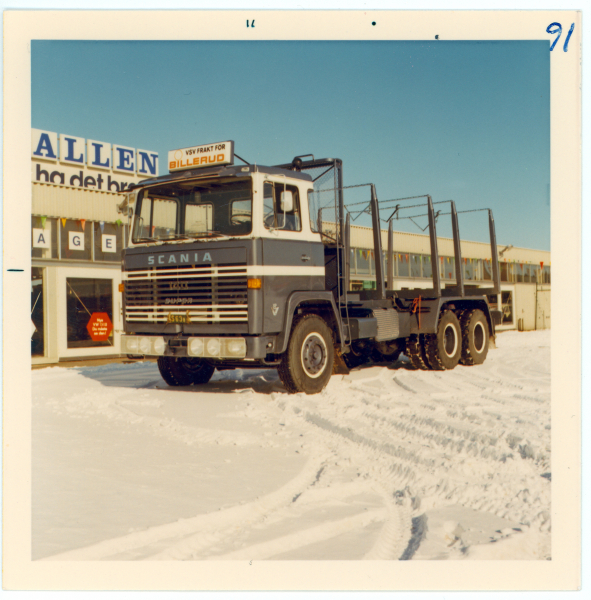