The Dartford tunnel, located just outside the City of London, saw its longest ever free-flow load pass through it recently when it was used to transport a 41-metre-long footbridge, which is nearly the length of five double decker buses.

The footbridge, destined for Southend in Essex, was moved in a carefully planned operation between Highways England, Essex Police and Dartford Crossing operators Connect Plus Services in a way that meant traffic at the crossing only needed to be held for three minutes. 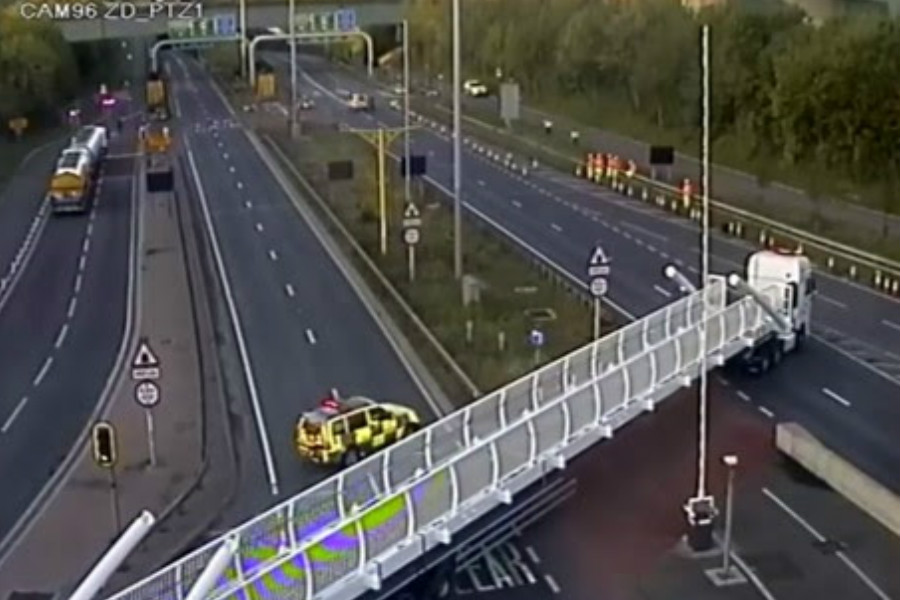 Highways England spokesperson Tommy Whittingham said: “The Dartford Crossing is the only road link across the River Thames to the east of London and is a vital part of the nation’s road network.

“It is used to make more than 185,000 journeys every day and we work hard to make sure we deal with abnormal and dangerous loads as smoothly as possible.

“Even though this was the longest load that we have seen at the Dartford Crossing, close working between us, the police and our colleagues at Connect Plus ensured that we could safely escort this footbridge through the tunnel with minimum disruption for other drivers.”