JCB’s Fastrac Tractor has stormed to a new British speed record for a tractor, powered by a variant of the Brutish manufactured 7.2 litre, 6-cylinder Dieselmax engine co-developed by JCB with Ricardo. Why you may say? Well I suppose it’s because they can and records are always there to be broken. 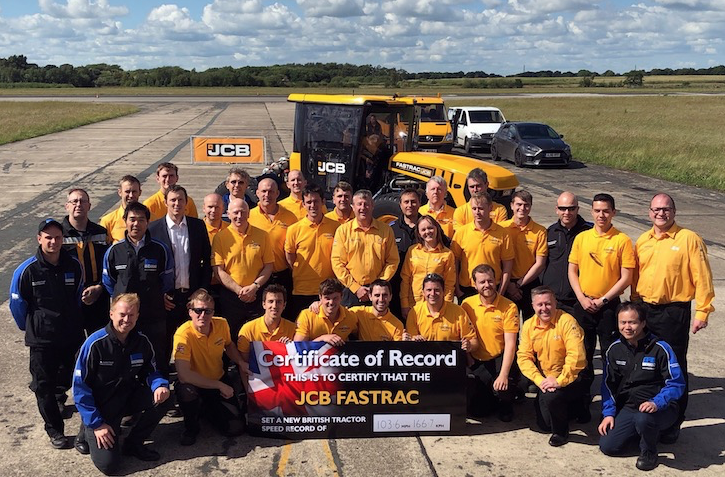 The aerodynamically enhanced JCB Fastrac high-speed tractor notched up 103.6 mph at Elvington Airfield, near York in England, with TV presenter and engineering guru Guy Martin behind the wheel – smashing the previous 87.27 mph record set in March 2018 by Top Gear’s Track-Tor. A team of engineers that has been working on the project over the past few months.

The special variant of the 7.2 litre, 6-cylinder DieselMax engine developed by Ricardo is capable of delivering up to 1,000hp and 2,500Nm of torque. JCB andRicardo engineerswere able to apply know-how gained from their involvement in the previous Dieselmax streamliner, along with new technologies such as electric supercharging, to achieve these high-performance levels. Ricardo also used its state-of-the-art VR CFD visualisation techniques to help JCB enhance the Fastrac aerodynamics.

“We are proud of our involvement in the development of the JCB Dieselmaxengine that powered the achievement of this record,” said Matt Beasley, Director – Application Engineering. “Our links with JCB go back to the diesel land speed record in 2006 and we offer them our warmest congratulations on this latest success.”