After the Government Climate Action Plan announcement earlier this week, which is aiming for 950,000 electric vehicles on the road by 2030, one of Ireland’s leading automotive distributors, the Harris Group has reported record sales of its LDV zero-emission electric vans for the first quarter of 2019. 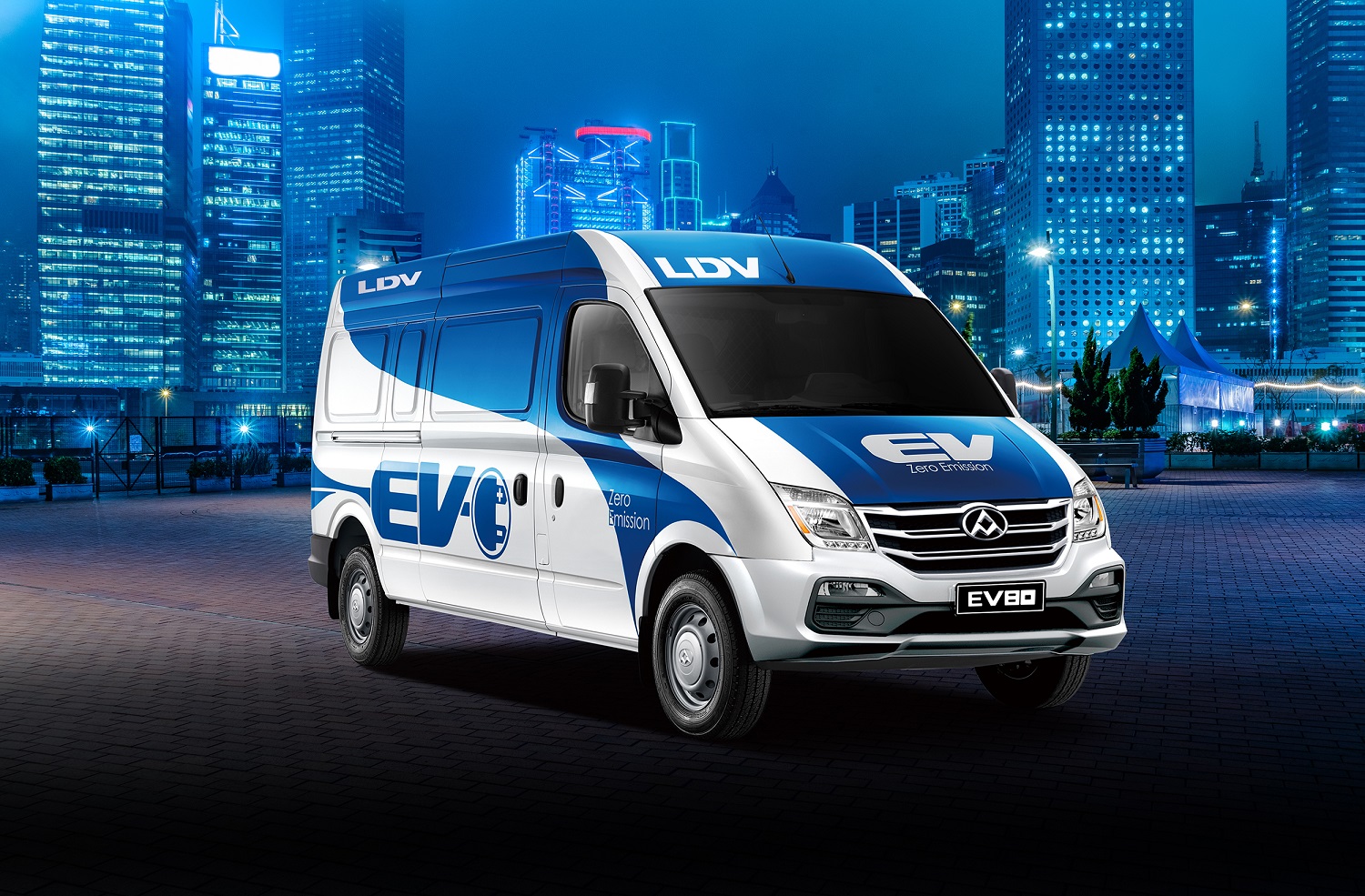 More than 350 carbon-neutral vans were sold by the group in the first three months of the year.

LDV has become a leader in the electric commercial vehicle sector in Ireland and the UK, since launching its flagship EV, the LDV EV80 in 2016; a large, zero-emission panel van that promises to achieve up to 193 km (120 miles) on a single charge.

The EV80 is already a popular choice with business owners who are keen to embrace greener motoring and cut down on fuel charges.

“The interest in zero-emission LCVs has been phenomenal in the past year in particular, and we’ve certainly seen an increase in the number of business owners and fleet buyers seeking out LDV for their greener motoring needs in the past few months,” said Mark Barrett, General Manager of LDV UK & Ireland.

“We are one of the few suppliers that can provide businesses owners and decision makers with an entire fleet of zero-emission LCVs right now, regardless of order size.

“There has been a huge investment in zero-emission motoring by SAIC, which manufactures LDV. An investment of more than 15 billion RMB (approx. €1.9 billion) has been made for new energy vehicle (NEV) R&D with a real commitment to introducing more EVs to the global market.”

Success in Dublin and beyond
Customers in Ireland who have contributed to the record EV sales for the Harris Group include An Post, Ireland’s national postal service, which has invested 36 units after a successful trial period.

DPD Ireland has also invested in EV80 high roofs, which will join the new fleet at the courier company’s EV Hub in Dublin city centre, which aims to deliver parcels across the capital with zero emissions.

Meanwhile in the UK, Milk & More, a food delivery service based in the UK, has also invested in LDV with an order of nearly 160 modern-day electric milk floats.

Other organisations that have made a commitment to greener motoring through LDV includes major supermarket chains Tesco and Sainsbury, which Harris Group says proves that the EV80 is truly becoming business owners’ first choice when it comes to choosing an EV van.

According to SIMI, sales of electric Light Commercial Vehicles in Ireland are on the rise, which is in line with global EV forecasts.

In response to growing interest and demand, The Harris Group unveiled the second model in its zero-emission range, the LDV EV30, at the Commercial Vehicle Show in Birmingham, earlier this year. The EV30 is a smaller commercial vehicle, which is kitted out with the highest technical specs and promises a range of 321km/ 200 miles on a single charge, ensuring that is 100 per cent respectful of the environment and nippy enough for that long city commute. It will be available for order from Q1 2020.

Through its investment in the EV80 and new EV30, LDV is making it easier than ever for SMEs to go green, offering a range of variants under the EV80 badge including chassis cab, crew cab and minibus.

“It’s great to see the greener motoring movement gain ground in Ireland and the UK, and it’s only going to accelerate now that the government has announced its plans. But aiming to have almost one million EVs on the road by 2030, while laudable, is not without its challenges. Charging points, scrappage schemes, grants and many more areas needs to be more widely available and soon, if the government is to achieve its ambitious targets. It also needs to step up its support for businesses as they embrace the green revolution,” said Mark Barrett.