The Olympic Federation of Ireland has announced that tyre maker and Worldwide Olympic Partner, Bridgestone will support Team Ireland locally through a range of initiatives, starting this year and building next year ahead of the Olympic Games Tokyo 2020.

Bridgestone is one of 13 Worldwide Olympic Partners under the IOC’s TOP programme, which helps to support the activities of all National Olympic Committees. 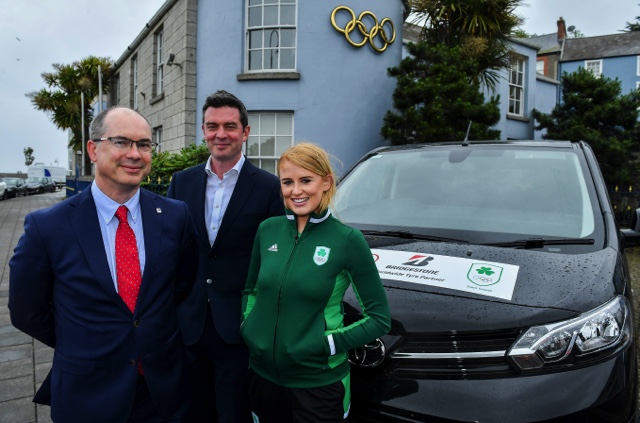 Olympic Federation of Ireland CEO, Peter Sherrard said: “Bridgestone’s decision to activate its global Olympic partnership locally in support of Team Ireland is a very welcome development. The local funding will be used to help support the preparations of our athletes on the road to Tokyo and will help us to build on existing work being done by the Olympic Federation of Ireland in that area.”

In response, Colm Conyngham, Marketing and PR Manager, Bridgestone Ireland said: “We are very happy we can get behind Team Ireland with local support in addition to Bridgestone’s worldwide Olympic activities. We would also like to assist some emerging talent in the coming years and we hope we can play a part in making Tokyo 2020 a successful one for Team Ireland and its athletes.”

As an initial step in its support, Bridgestone Ireland handed over a Toyota Proace Verso people carrier to Team Ireland for use in transporting athletes and team staff in the run up to the Tokyo games.