Edd China, who is famed for being the presenter on Discovery Channel’s television show, Wheeler Dealers, was representing OESSA at this year’s Automechanika Birmingham from June 4-6 at the NEC, and was interviewed on OESSA member, Banner Batteries’ stand. 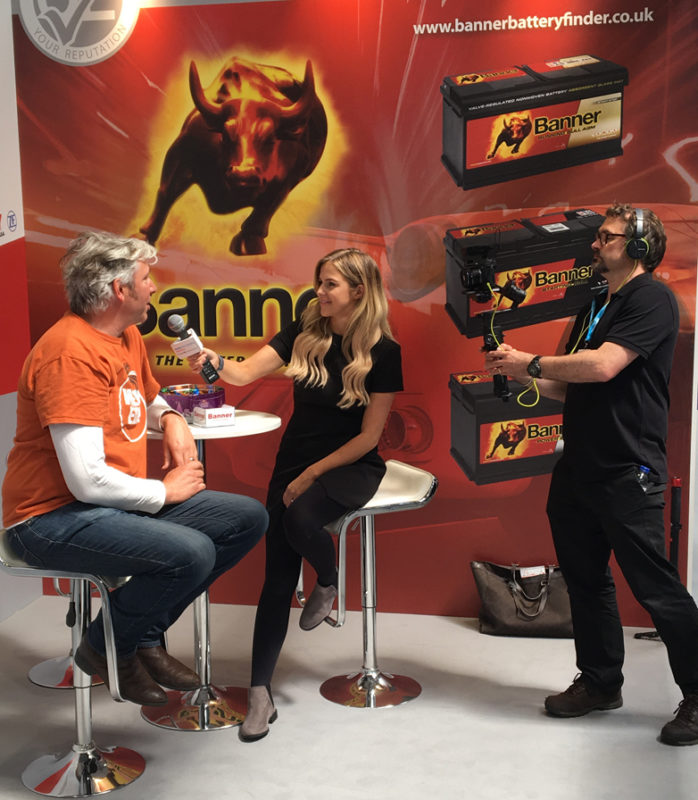 Lee Quinney, Banner Batteries’ UK Country Manager said: “Edd is a larger than life character, and in more ways than one. He proved a real draw to those who attended this year’s show and he certainly helped pull in the numbers on the OESSA stand, and the likes of Banner who exhibited within the OESSA hub.

“Since joining OESAA we have certainly benefitted from helping support their overriding ethos, which is quite simply to increase awareness at workshop level of the huge difference in quality and testing between genuine OE Parts and those parts claiming to be ‘Matching OE Quality’. Indeed this was the clear message that was reverberating around the Banner stand at this year’s event.”

For more information on the Banner Batteries range, contact Europower Battery Centre on 01 8300884 or visit www.europower.ie.