The rise of deadly silent electric vans will lead to deaths on British and Irish streets unless drivers adopt vital noise safety tech.

A newly-released report by the Society of Motor Manufacturers & Traders (SMMT) revealed new registrations of electric vans rose nearly 21 per cent in 2018, and with major UK logistics and retail companies adding electric vehicles to their fleet, the trend looks set to continue. 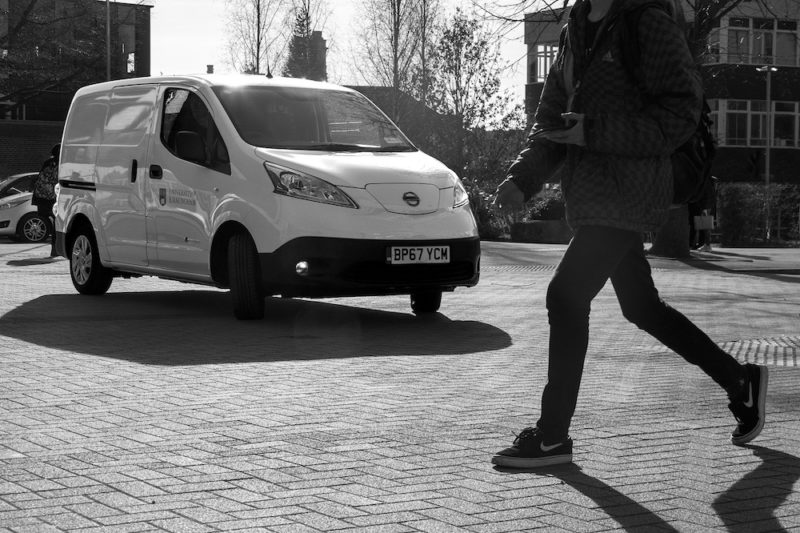 New legislation which comes into force in the UK in July 2019 will require the mandatory fitment of Acoustic Vehicle Alerting Systems (AVAS), for all new quiet (electric, hybrid and hydrogen fuel cell) vehicle models registered after September 1, 2019 and all new vehicle registrations after September 1, 2021.

Research by Guide Dogs for the Blind in the UK also shows that electric cars are about 40 per cent more likely to hit a pedestrian than a petrol or diesel vehicle.

He said: “There is no doubt the adoption of hybrid and electric vans is great news for the environment and air quality.

“But the average person struggles to hear electric and hybrid cars approach at speeds of up to 20kmh (12.5mph). Quite simply, they are dangerous.”

Brigade, which introduced the reversing alarm to the UK back in 1976, has developed an aftermarket solution – the Quiet Vehicle Sounder.

Brigade’s Quiet Vehicle Sounder is designed to save lives by producing a distinctive replacement sound that can be heard clearly in danger zones but less so elsewhere.

The sound is highly directional, enabling a pedestrian to tell where the vehicle is, and it varies in pitch and tone as the vehicle speeds up or slows down.