Leese’s new DAF CF Mixer’s very first job was getting polished-up and adorned with ribbons to act as the ‘carriage’ for his recent wedding to Francesca. 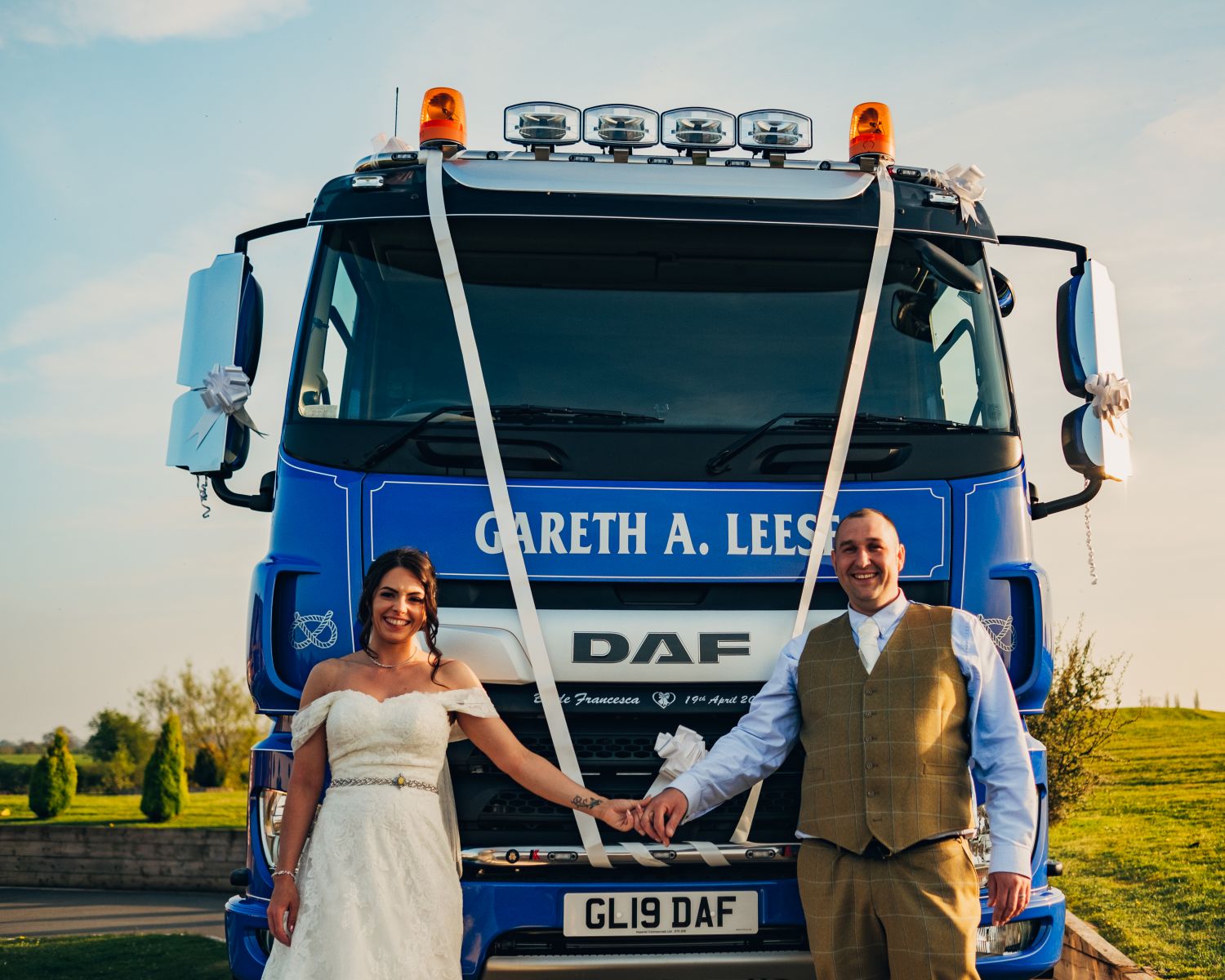 Supplied by DAF Dealer Imperial Commercials, the lightweight CF eight-wheel mixer chassis is equipped with a Putzmeister 8.0 cubic metre capacity drum and equipment, although Leese ordinarily carries 7.5 cubic metres to enable a comfortable weight tolerance; even with the sleeper cab and extras such as Kelsa light bars. 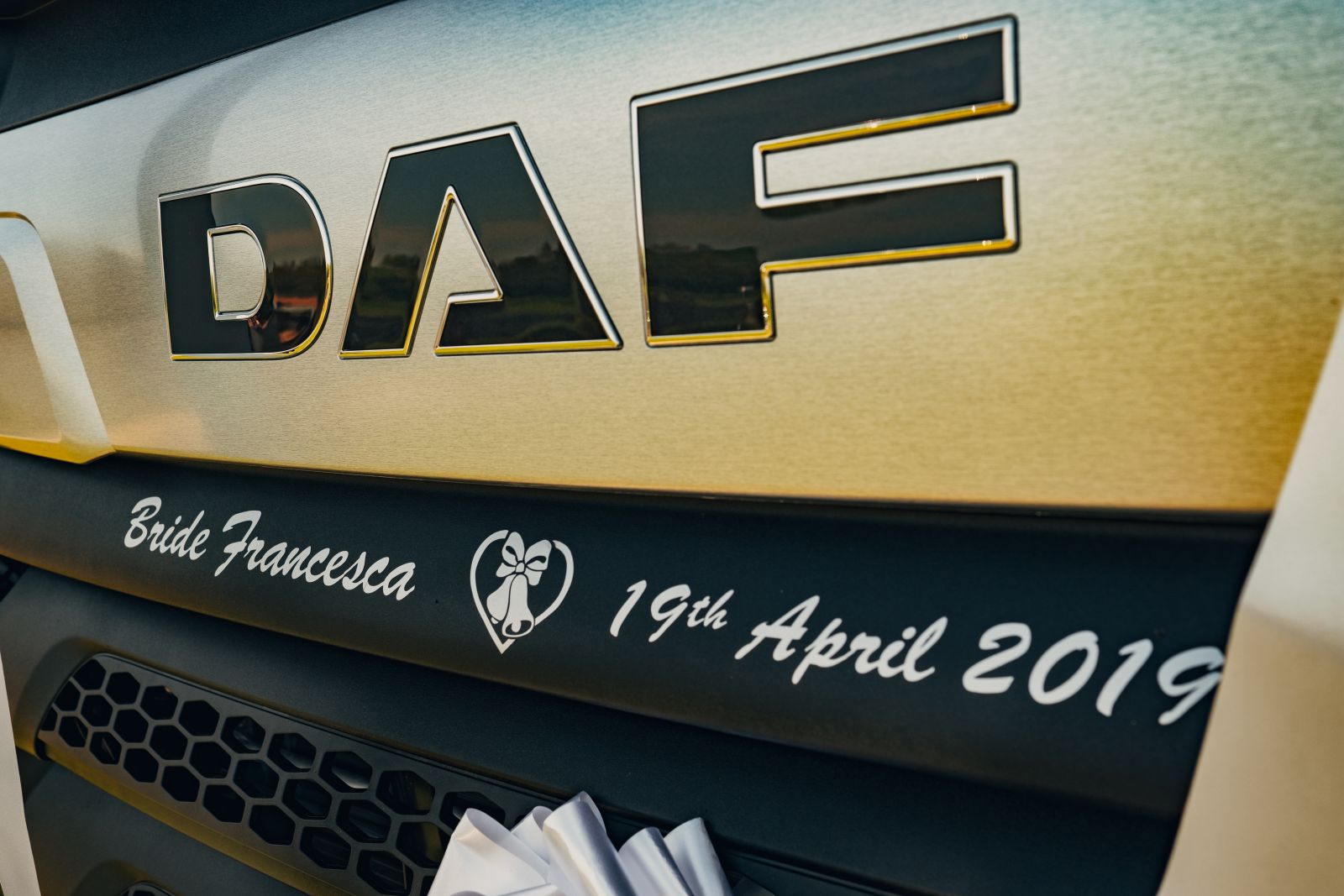 “I am over-the-moon with the new CF Mixer,” said Gareth Leese, “it’s just a joy to drive; effortlessly smooth, super comfy in the cab. I’m really pleased with my decision to opt for the manual box, too. It’s great on the motorway, where I do a fair bit of work, but around town it just gives me that total control, that bit more flexibility.”

The owner-driver had for six years acquired used DAF vehicles, but, following a highly successful previous 12-months, found that a new acquisition would offer even greater productivity, particularly with respect to aftersales support.

“I have always had a fantastic relationship with Imperial Commercials, and especially the sales executive, Matt Durose,” added Leese, “I see them as a business partner rather than truck dealer. In six years, the only real reliability issue I suffered was with a broken crank-shaft, but Imperial dealt with it brilliantly – I really felt supported. My new truck comes with excellent R&M and Warranty back-up which will given me peace-of-mind for many years to come.”