Toyota has revealed its intentions to put a vehicle on the moon by the year 2029.

The motor company will team up with the Japan Aerospace Exploration Agency (JAXA) to complete the proposed international space exploration in its Toyota-JAXA Lunar Rover. 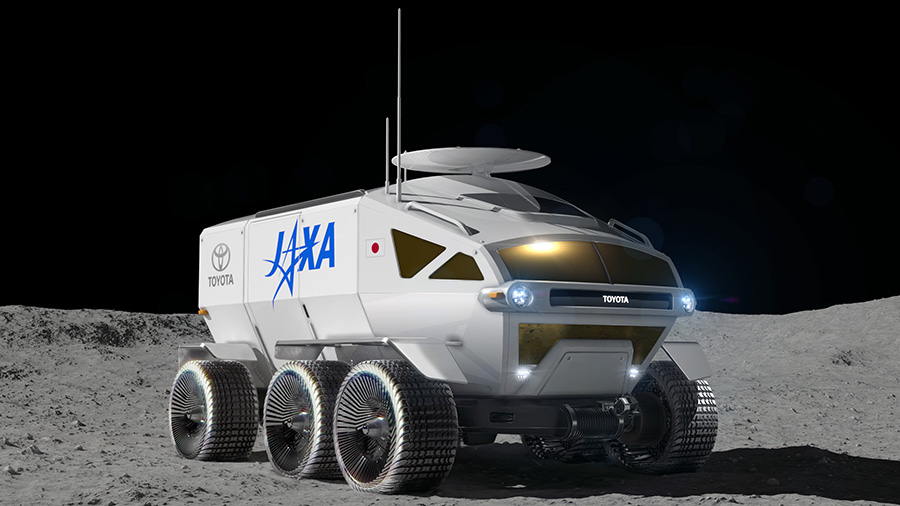 The six-wheel rover is said to be about the size of two microbuses capable of accommodating two people, or four in an emergency.

It will be powered by Toyota’s fuel cell technology which, according to JAXA Vice President Koichi Wakata, will give the pressurized rover a total lunar-surface cruising range of more than 10,000 km.

Wakata said: “At JAXA, we are studying various scenarios as well as technologies that will be applied to specific space missions. Manned, pressurized rovers will be an important element supporting human lunar exploration, which we envision will take place in the 2030s. We aim at launching such a rover into space in 2029.

“Lunar gravity is one-sixth of that on Earth. Meanwhile, the moon has a complex terrain with craters, cliffs, and hills. Moreover, it is exposed to radiation and temperature conditions that are much harsher than those on Earth, as well as an ultra-high vacuum environment. For wide ranging human exploration of the moon, a pressurized rover that can travel more than 10,000 km in such environments is a necessity.”

Toyota President, Akio Toyoda said: “I am extremely happy that, for this project, expectations have been placed on the thus-far developed durability and driving performance of Toyota vehicles and on our fuel cell environmental technologies.”