Stolen plant and equipment destined for Ireland, has been seized at Holyhead Port, thanks to tracking equipment embedded on the machinery. 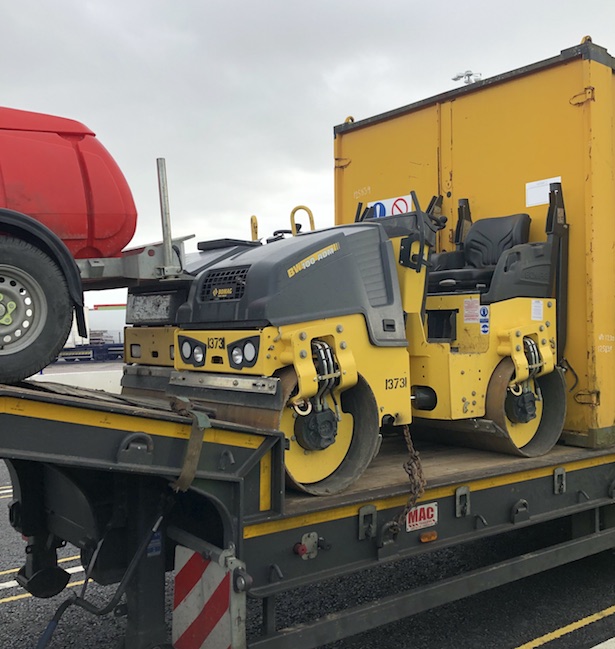 Plant and machinery is always a hot target for thieves as it proves very profitable and is very easily accessible during day to day activities.

It has been reported that the construction industry in the UK llost an estimated £800m in 2017 which has increased year on year. The number of plant theft claims in the UK has risen steadily over the last five years according to research

Asset tracking specialists AMI Group have attended ports on many occasions during the recovery of stolen assets with the most recent being Holyhead port where two stolen rollers were tracked, traced and ultimately recovered.

The rollers began there journey in a compound in Doncaster and were transported across country using the M62 to travel towards Hollyhead port where an AMI finder was on the trail.

The stolen items were located on a truck ready to board the ferry to Ireland.

Once identified as stolen to the police the driver was detained and escorted back to Yorkshire for questioning. This stopped the lorry being exported to Ireland along with the stolen machinery.