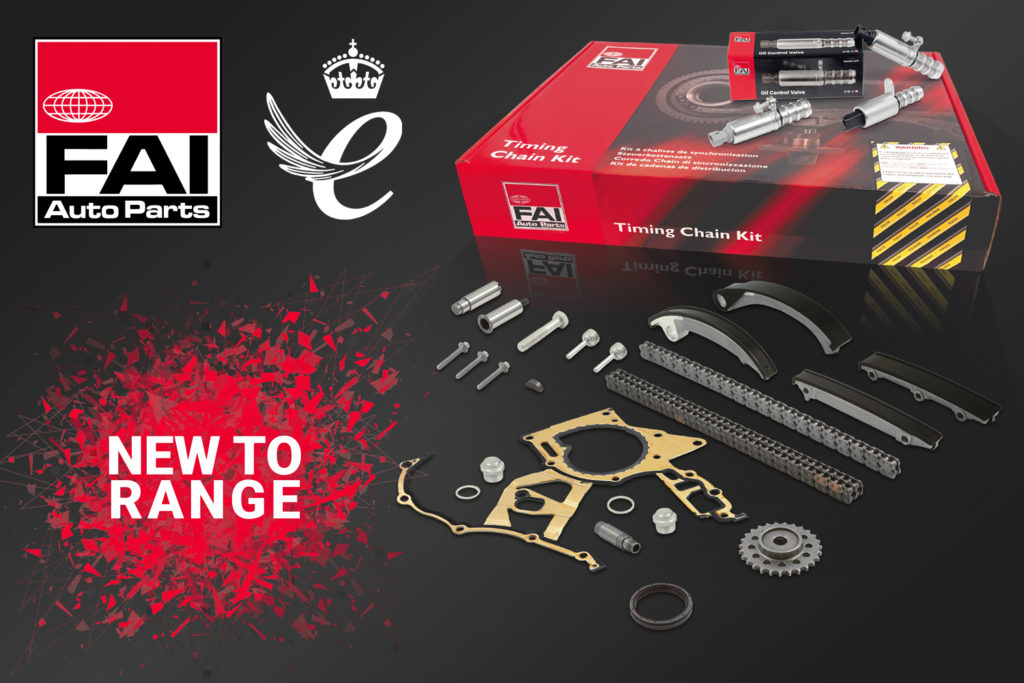 The ethos of the FAI TCK programme is to bring a complete solution to the aftermarket, so FAI ensures that all the parts needed to complete a timing installation are included, right down to the last stretch bolt.

With the recent introduction of the 2019 Timing Chain Kit catalogue, over 120 new part numbers including 69 exclusive kits were added to the FAI range. Some of the recent range highlights include:

FAI says flex in its chains is confined to a maximum tolerance of 0.3 per cent, maximising the chain lifespan and exceeding the aftermarket average of one to three per cent.