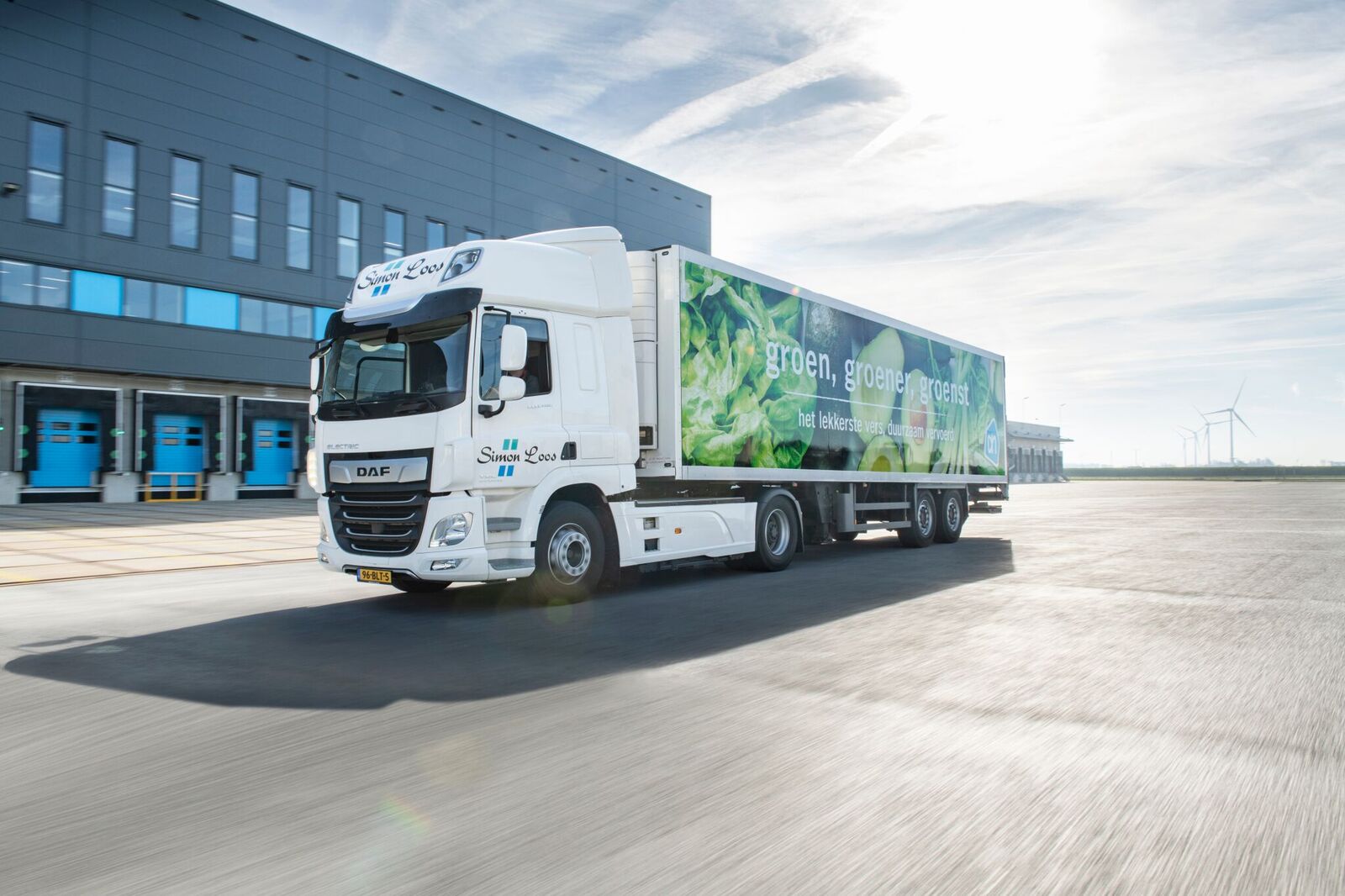 It has handed over the first electric trucks to Albert Heijn carriers Simon Loos and Peter Appel Transport. It is the start of a long-term field test involving three fully electric trucks and two plug-in hybrid trucks — with the latter marking a first in Europe.

In 2014, Albert Heijn – with over 1,000 supermarkets in Netherlands, Belgium and Germany – signed up to the ‘Green Deal for Zero Emission City Logistics’; an initiative that brings together shippers, carriers, technicians and authorities to jointly conduct research into how to achieve maximum progress towards zero-emission deliveries in urban areas by 2025. 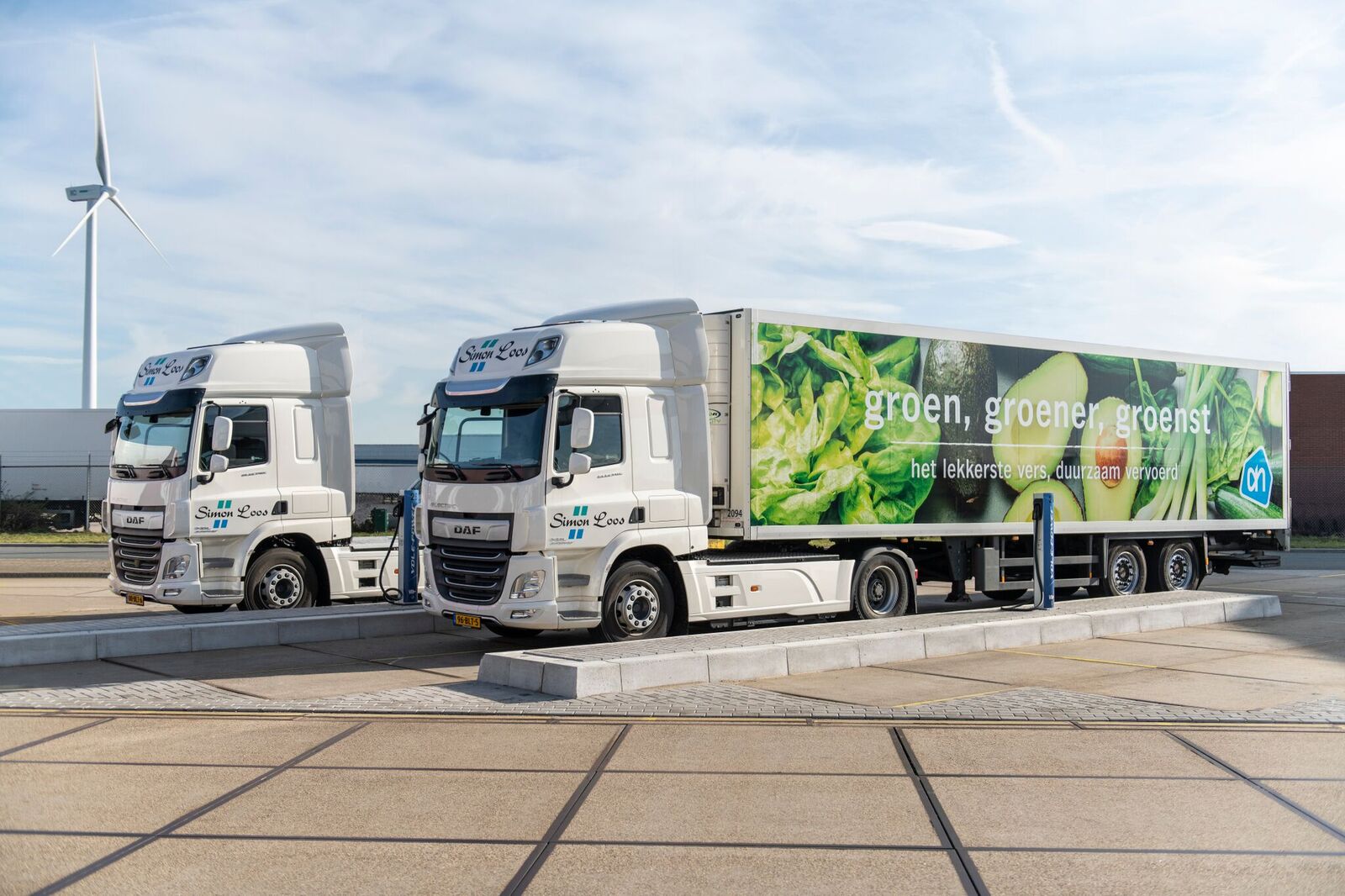 The test project involves three battery-powered electric trucks (DAF CF Electric) and two plug-in-hybrid trucks (DAF CF Hybrid), plus a quick-charging infrastructure from VDL. The CF Electric has a fully electric range of some 100 kilometres. The CF Hybrid featuring E-Power Technology from VDL offers the best of both worlds: fully electric driving in urban areas (range: up to 50 kilometres) and efficient and clean driving in extra-urban areas thanks to the latest diesel technology from DAF.

Testing with the fully electric CF Electric trucks will initially be limited to journeys between the distribution centre in Zaandam and the supermarkets in Amsterdam. With plug-in hybrid trucks, Albert Heijn can also supply stores further away from Zaandam without any emissions. The truck batteries will be charged between journeys at a specially designed charging park at the Albert Heijn distribution centre in Zaandam.