British commercial vehicle (CV) production increased by 53.5 per cent in February to 9,233 vehicles, according to figures published today by the Society of Motor Manufacturers and Traders (SMMT). Strong market incentives ahead of model changes helped boost the month to its best performance since 2012.1

The number of CVs manufactured for both domestic and export markets posted significant gains in the month, growing by 57.3% and 51.9% respectively. Almost seven in 10 British CVs were destined for global markets in February, as demand from overseas continued to drive output.

Year-to-date, the market painted a similar picture, with manufacturing up by 51.3% compared with the same and particularly weak period last year. In the first two months of the year 18,415 vans, trucks, taxis, buses and coaches left British production lines. However, output is expected to slow next quarter in preparation for the subsequent ramp-up for new model lines. 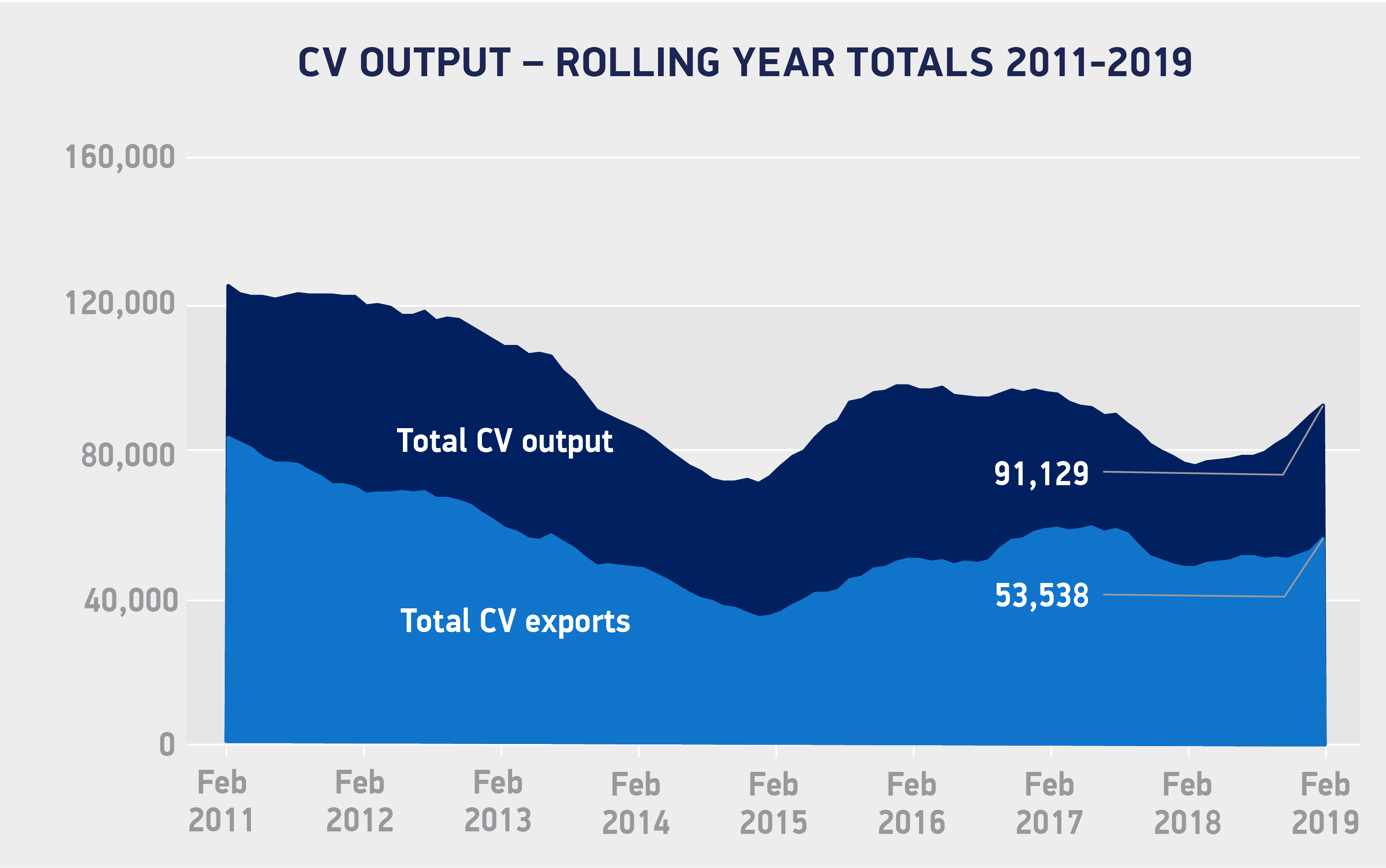 Mike Hawes, SMMT Chief Executive, said, While the positive news continues for UK CV manufacturing, it’s important to highlight that this low volume industry is cyclical and experiences large percentage swings when compared month on month. Although both demand at home and overseas has seen double-digit growth, still almost two thirds of British-built CVs are destined for export, the majority to the EU. This signifies just how vital a deal that retains free and frictionless trade with the EU is for this sector.