Exactly 63 years ago today, production of commercial vehicles began in Hannover. Today, the ten millionth vehicle came off the production line: a red and white T6 Caravelle. Volkswagen Commercial Vehicles is donating the nine-seater to a Hannover Children’s Hospital Foundation. 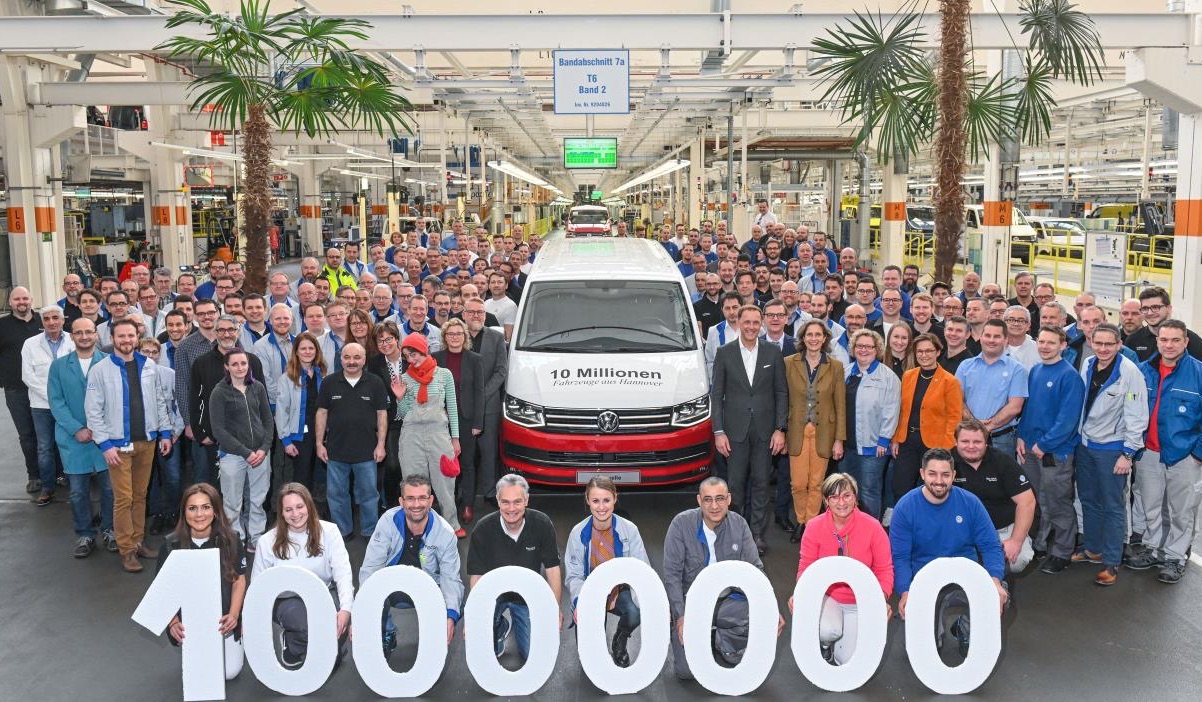 Sedran said: “The ten millionth vehicle from our plant in Hannover is a symbol of a unique success story. And it’s a success that we aim to continue going forward. To this end, we are completely realigning the plant – with new products and business models.” He added that the brand was ensuring a sustainable future for the Hannover site and its employees. Sedran continued: “Volkswagen Commercial Vehicles has been a part of the city for 63 years. I am therefore delighted that our ten millionth vehicle is also going to be on the roads of Hannover in the future, helping with the important work of the city’s children’s hospital.”

Amelie von Schintling-Horny said: “Congratulations to Volkswagen Commercial Vehicles on achieving this milestone. What a great pleasure to be able to accept this Bulli on behalf of our patients!” The vehicle will make it possible, she added, for the hospital to take patients on excursions that play an important part in their treatment. It would also facilitate a new programme at the “Auf der Bult” children’s hospital, in which specialists from the dermatology department visit patients with serious skin ailments to provide them with aftercare. “That was previously simply not possible,” said Ms Schintling-Horny.

Thomas Hahlbohm, director of the Hannover plant: “Our employees in Hannover have been building this fantastic vehicle for 63 years as a multi-generational project. Our workforce does this job with pride, passion and loving attention to detail. I thank the men and women of our team for that with all my heart.”

Bertina Murkovic, chair of the Volkswagen Commercial Vehicles works council, said: “Ten million vehicles from Hannover – that’s an impressive figure. Behind that lie generations of employees who have built these cars and in doing so made a living for themselves and their families. My special thanks to them all!”

Start of production 63 years ago
Production of the T1 began at the newly built plant in Hannover on the 8th of March 1956. In addition to the generations of T-series vehicles, the LT, the Taro pick-up and, for a time, the Beetle were also produced there. Today, the T6 – and soon the T6.1 update – and the Amarok are made in Hannover. Around 14,500 people are employed by Volkswagen Commercial Vehicles in Hannover, the brand’s main site.

Vehicles produced in Hannover since 1956: