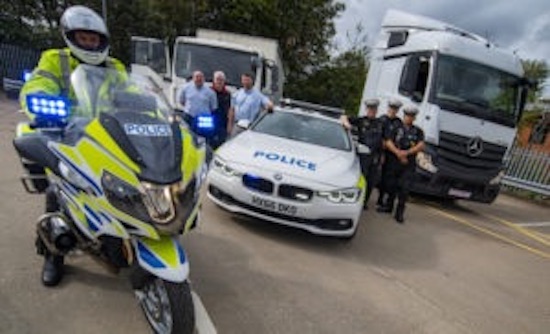 The officers were trained by the Ryder Truck Driving Academy to operate the CPMG’s HGV ‘supercab’, which helps identify drivers that are breaking the law.

The ‘supercab’ is one of three trucks funded by Highways England and loaned to police forces across the country. It is fitted with wide-angle cameras and a derestricted speed limiter, allowing it to capture dangerous driving behavior.

With few officers remaining that held a HGV Class 2 licence, CMPG needed a new group of officers to undergo training to boost its pool of HGV-qualified drivers.

Craig Kirwan, motorway patrol officer at CMPG, said: “The training was very professional. Graham was excellent in his approach to teaching. He understood we are all police advanced drivers and tailored the training so that we had maximum time on the road in the training truck.”