Van, Truck, Trailer, Bus and Coach Aftermarket News in Ireland
Menu
HomeNews2018 proves to be a record year for DAF

DAF Trucks tells us that it has broken all its records in 2018. Thanks to a historically high market share of 16.6 per cent, DAF has grown to be Europe’s second largest brand in the heavy truck (16+ tonnes) segment. DAF adds that it is the European market leader in the important tractor-unit segment, with a market share of no less than 19.8 per cent. 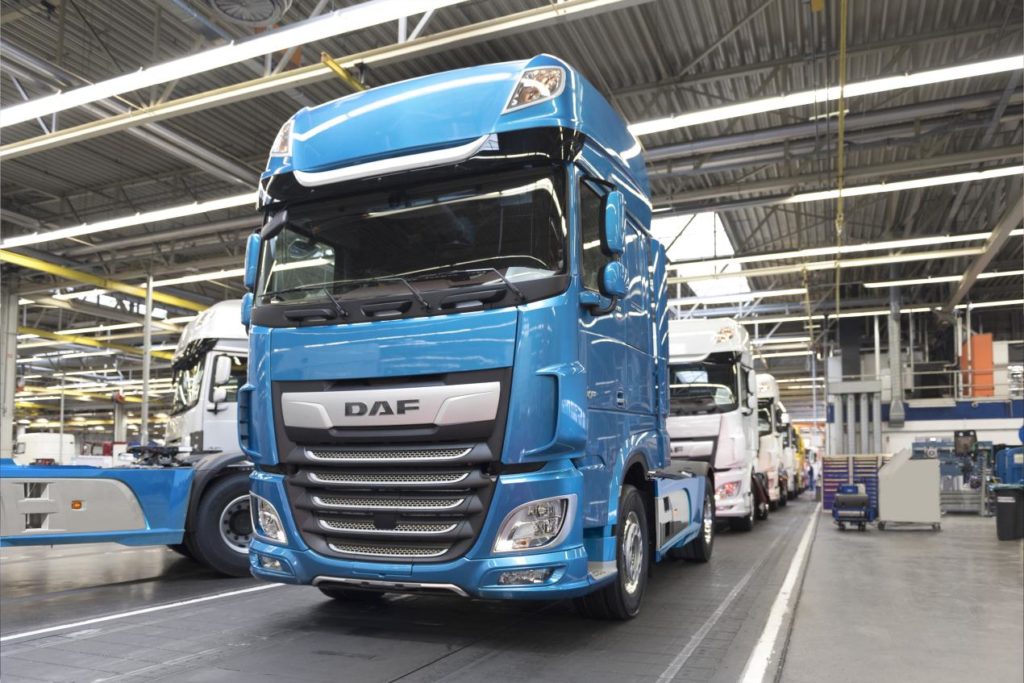 The European market for trucks of 16+ tonnes amounted to almost 319,000 trucks in 2018 compared to 306,000 in 2017. “The European economy has been very strong over the past year. This resulted in a high demand for transportation with a corresponding requirement for trucks”, says Harry Wolters, President DAF Trucks.

Record production
To meet the high demand for its trucks, DAF produced a record number of more than 67,000 light, medium and heavy trucks in 2018, an increase of 10.1 per cent compared to the previous year. DAF estimates that the market for heavy trucks will be strong again in 2019, at a volume of between 290,000 and 320,000 units.