Renault has announced two new conversions in its Pro+ van range, which will be offered directly through the company’s van dealerships. 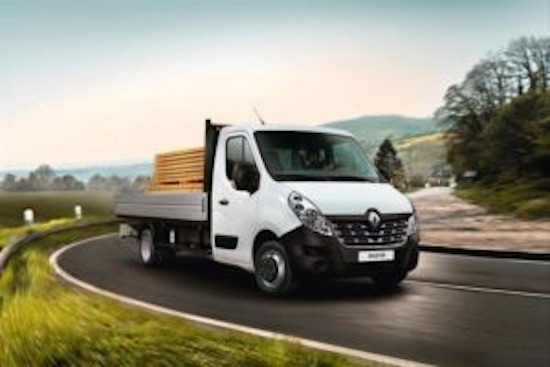 Both of the conversions are based on the Master large van and consist of an aluminium-bodied tipper and a Luton Box Van.

The Aluminium Tipper is based on the Master Chassis Cab and joins similar steel-bodied tippers in the range. The conversion is carried out by VFS – an approved Renault convertor – and offers a larger payload than a steel-bodied tipper as the load bed is 150kg lighter. It is available as a single or double cab, with a secure tool and storage box available as an option.

The Luton Box Van also offers an increased payload over previous models, and is converted by Truckcraft, another approved Renault convertor. It is available in both front or rear-wheel-drive layouts and has an optional powered tail-lift.

Both conversions are offered with the option of Renault’s Pro+ ‘Business Trim’, which adds a variety of safety equipment, including ABS with Electronic Brake Distribution and Electronic Stability Control, along with comfort features such as height and lumbar adjustment in the driver’s seat, an armrest, electric windows and cup holders, along with a Bluetooth-compatible audio system.