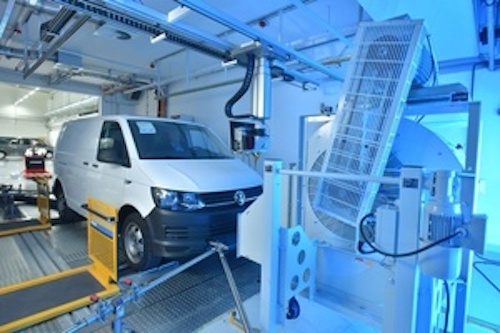 All commercial Vehicles will have to comply to WLTP by September 2019.

The emissions testing facility will not only be used for type approval for every one of Volkswagen vehicles but also to check its vehicles in production on a continuous basis.

The facility features two test beds which will be used on a two-shift basis by 15 staff.

“The new building and the cutting-edge equipment installed in it enable us to reproduce the required test cycles with outstanding precision,” said Emissions Test Centre Manager, Metin Karsak.

The regime has already been implemented for cars.