The Mayor and Transport for London (TfL) have unveiled a package of measures to reduce air pollution and congestion in central London, with the aim of protecting Londoners’ health and giving them the air quality they deserve. 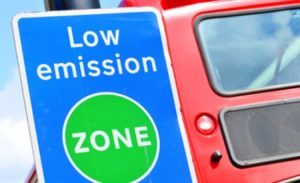 The package confirms that private hire vehicles will no longer be exempt from the Congestion Charge. This change will help reduce congestion and, combined with the start of the Ultra Low Emission Zone next April, will ensure further action is taken to clean up this fleet.

Following a public consultation that received more than 10,000 responses, the changes to the Congestion Charge include the replacement of the Ultra Low Emission Discount with a new phased Cleaner Vehicle Discount (CVD) that will incentivise only the cleanest vehicles to drive in central London.

In the first phase, only zero emission-capable vehicles will be exempt from the Congestion Charge from 8 April 2019. The restrictions will tighten further in October 2021 to support the Mayor’s ambition for zero-emission road transport by 2050, with only pure electric vehicles qualifying for the discount. The discount will expire in December 2025.

The Mayor has also announced that PHVs that do not meet the CVD standard or are not wheelchair accessible will also be discouraged from driving in central London with the removal of their exemption from the Congestion Charge.

The changes affecting PHVs will help tackle congestion and its associated problems, such as poor air quality, and are expected to reduce the number of PHVs circulating in the Congestion Charging Zone by up to 8,000 a day. The proposal was supported by the majority of respondents to the consultation.

Since the start of this year new diesel taxis have been banned from being licensed to operate on London’s streets but further measures are required to deliver vital improvements in air quality to protect public health.

Recent analysis by the International Council on Clean Transportation shows that real-world emissions from London taxis are seven times laboratory limits, far exceeding passenger diesel cars. Taxis are currently responsible for 20 per cent of harmful NOx emissions and by 2020 they will be the biggest source of transport pollution in central London.

The new package of measures being proposed by the Mayor and TfL to tackle taxi emissions and support drivers switching to new zero emission capable taxis includes:

An enhanced delicensing fund, providing up to £10,000 for drivers who trade in their older, dirtier vehicles early
A £2.5 million fund to help drivers of newer Euro 5 taxis to convert to much cleaner LPG fuel
A consultation early next year on a phased reduction in maximum taxi age limits for the dirtiest vehicles from 15 years to 12 years by 2022
These moves will help ensure the Mayor is on track for reducing taxi emissions by 65 per cent in 2025 to protect the health of Londoners.

This work coincides with the delivery of 150 rapid-charge points and generous grants of £7,500 to help taxi drivers to switch to electric as soon as possible. There are now nearly 1,000 zero-emission-capable taxis in the fleet.

The take-up of existing support to delicense dirty diesels has been low, with only around £450,000 of a multimillion pound fund used. TfL has restructured this funding to make it more attractive, with £18m of payments available for taxi drivers who delicense their vehicles. Top payments of £10,000 are available to the first 250 applicants, with tiered payment levels available at significantly higher levels than the current scheme. A limited number of LPG conversion grants will also be available to drivers of Euro 5 taxis to support the shift of those vehicles with the worst NOx emissions to cleaner vehicles. The new delicensing payments and LPG grants will be open to applicants in January 2019.

TfL will consult on proposals to reduce the taxi age limit for the dirtiest vehicles to 12 years by 2022. The 15-year age limit would be strictly mandated in 2019, with a proposed reduction in the age limit each year until a 12 year age limit is reached. The age limit for Euro 6, LPG and ZEC taxis is proposed to remain at 15 years.