FTA Ireland has welcomed news that the UK has been invited to join the Common Transit Convention, once the country leaves the European European Union. 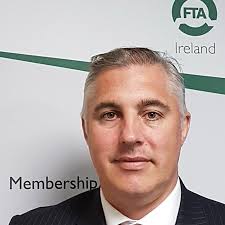 Aidan Flynn, General Manager, Freight Transport Association Ireland (FTAI) commented: “FTA Ireland, the organisation which represents the country’s logistics industry, is delighted to learn of the invitation for the UK to join the Common Transit Convention (CTC) in its own right once the country leaves the European Union.”

He added: “ The CTC would significantly reduce the amount of red tape and any delays at the borders for Irish goods transported to the continent through the EU land-bridge.  While the CTC does not deal with regulatory checks – such as sanitary and phytosanitary checks on agri-food products – or with the ability for road hauliers to operate in the UK, it is a welcome step in the right direction, and something that FTAI has been campaigning for for quite some time. What is now imperative is that the UK government ensures that all necessary arrangements for use of the convention are made so that, from 30 March 2019, Irish businesses can continue to transit their goods to and from the continent with minimal delays at the borders with the UK.”