A consortium called BioLNG EuroNet says it is committed to the further expansion of LNG (liquefied natural gas) as a road transport fuel across Europe with new infrastructure that should ensure the long-term success and mass scale adoption.

The consortium, comprising Disa, Iveco, Osomo, Scania, and Shell will each deliver separate activities that will see 2,000 more LNG trucks on the road, 39 LNG fuelling stations and the construction of a BioLNG production plant in the Netherlands.

The LNG Retail stations will form part of a pan-European network and be built in Belgium, France, Germany, the Netherlands, Poland and Spain. The stations will be located approximately every 400 km along core road network corridors from Spain to Eastern Poland. 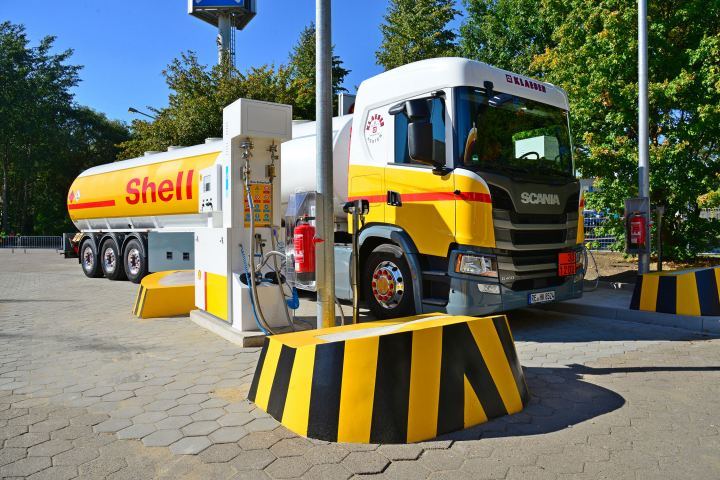 He added: “Shell is committed to offering our customers more lower carbon energy and the new LNG Retail stations are a vital piece of the puzzle. I look forward to seeing this important network of stations welcome European motorists in the years to come.”

The bioLNG facility will produce 3000 MT/year of BioLNG and will use biomethane produced from waste. This will be sold to end-users via the LNG network.

“This program covers filling stations, biofuel production and subsidies which are all necessary for progressive customers to invest in the trucks, despite the extra initial cost,” say Jonas Nordh, Director Sustainable Transport Solutions, Scania. “Whilst LNG which reduces CO2emissions by about 20 percent, is more broadly available today, biogas, which reduces CO2emissions by over 90 percent, can increasingly be blended in with the natural as production of biogas is ramped up.”

BioLNG EuroNet has an aspiration to rollout the expansion of LNG as a road transport fuel across Europe even further in the future.