Bibby’s of Ingleton is to fit its entire 38-strong coach fleet with the latest generation Michelin X Coach Z tyres, after the fitments proved its worth just six months into a year-long trial. 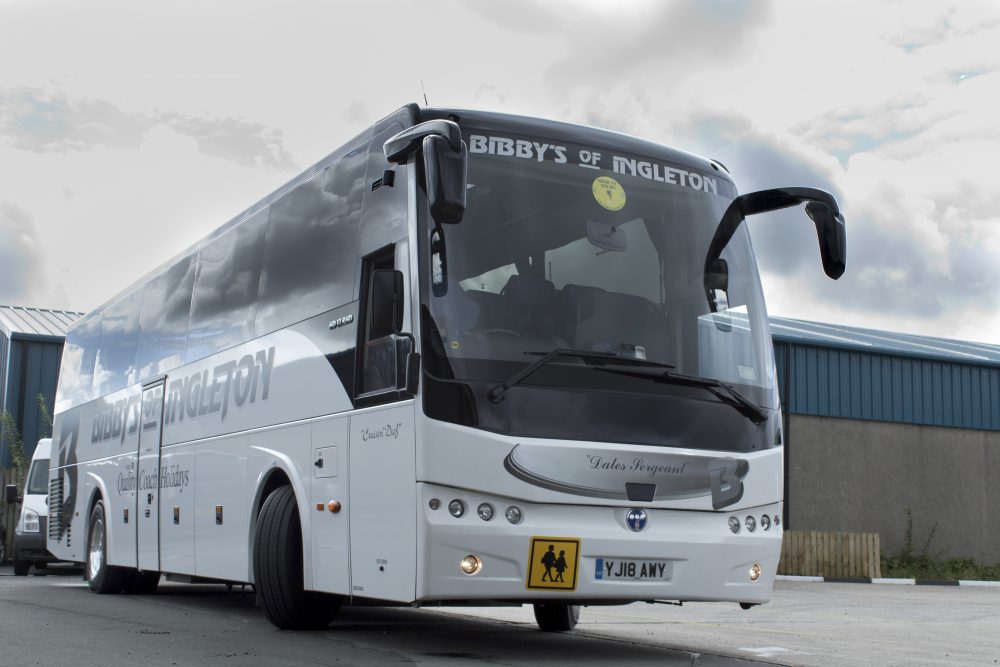 As one of the first in the UK to test the new range, the Yorkshire-based firm fitted a set of 295/80 R22.5 Michelin X Coach Z tyres to a brand new Temsa Safari and trialled them against an identical coach with a competitor product.

Commenting on the exceptional performance, Peter Bibby, Managing Director at Bibby’s of Ingleton says: “I wanted to see for myself the difference between the two fitments after the positive feedback our drivers gave us.”
He adds: “Instantly, I felt how much smoother the coach ran and how excellent the road handling was compared to the competitor tyres.”

The Michelin X Coach Z delivers a long-lasting performance with a regenerating tread pattern that comprises a tread design that changes as it wears, with grooves and water clearing channels opening in the later stages of the tyre’s life.

Stuart Best, Workshop Manager at Bibby’s of Ingleton says: “Michelin approached us to be part of this pre-launch trial and we were keen to run it and see the benefits of the fitment. The coach has travelled nearly 40,000 km and has shown about half a millimetre of tread wear.”

“We’ve been fitting predominantly Michelin tyres for 50 years and we always get consistent performance; this latest tyre was no different, delivering excellent grip and handling,” Best adds.

The new 295/80 R22.5 Michelin X Coach Z was officially launched onto the market in September 2018 and is suitable for regrooving and retreading, which is proven to save money, raw materials and help reduce operating costs, according to Michelin.