Here is yet another example of how we are far behind the UK Government and cities authorities have been developing more environmentally friendly vehicles fleets. Leeds city council is introducing 51 Nissan e-NV200s to its fleet, ahead of the introduction of the city’s Clean Air Zone. 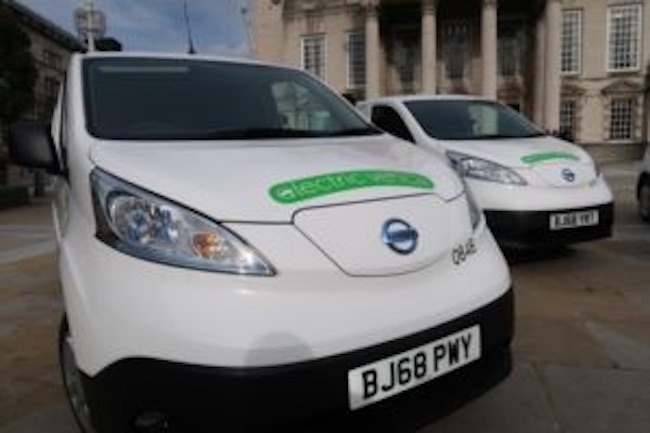 The authority is taking delivery of the fully electric vans over the next six months as it completely replaces its current van fleet.

The city council is requesting £27m in funding from the government’s £220m Clean Air Fund to support local businesses to upgrade or retrofit affected vehicles through grants and interest-free loans. This is in addition to £13m from the government’s £255m Implementation Fund to cover costs associated with the infrastructure and operation of the Clean Air Zone, it revealed last week.

Leeds Councillor James Lewis, who has responsibility for sustainability and the environment, said: “The plans we’re putting forward have been carefully developed following months of consultation with thousands of residents and local businesses.

“A key element of these proposals is the support we’re proposing to help affected them transition to cleaner vehicles which avoid charges. We believe that it is important to help local businesses in order for the zone to most successfully reduce pollution.

“That’s why last month, Leeds city council became one of 16 organisations to sign up to the national ‘Clean Van Commitment’—a commitment to collectively invest £40 million in electric vans over the next two years for a more sustainable future.

“These new vehicles demonstrate that we are honouring that commitment and, more importantly, that we are doing our bit to reduce our own contribution to air pollution in Leeds.”