Collett & Sons completed the second of its National Grid Super Grid Transformer projects in a three week period during August. This time the team, fresh from delivering Cellarhead Substation, hotfooted it to Portsmouth. 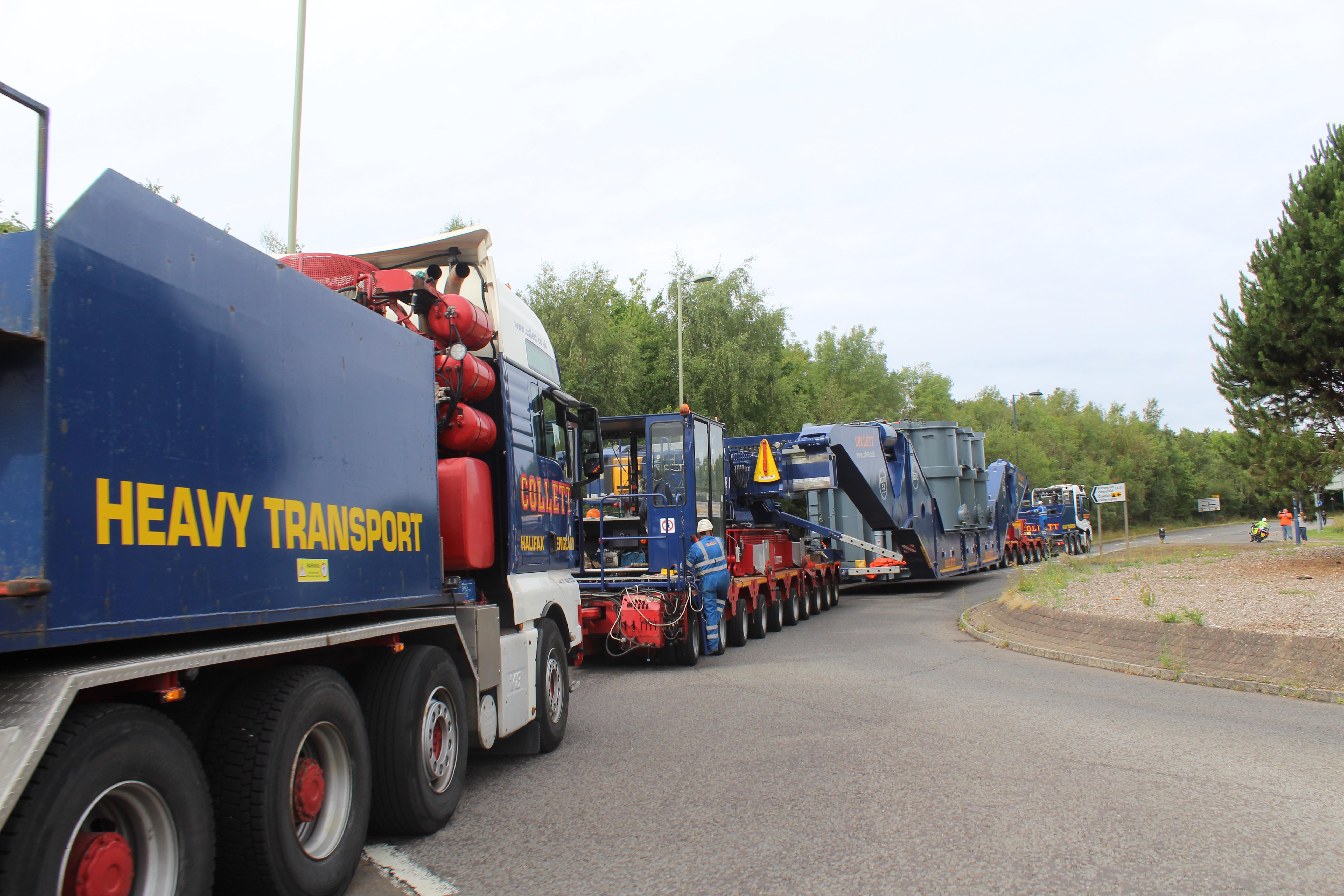 As part of a substation upgrade programme to supply homes, hospitals, schools and businesses in the area, Collett were appointed to deliver the 169 Tonne Super Grid Transformer from Portsmouth International Port to Lovedean Substation.

This project once again involved the Collett Projects and Heavy Lift Teams, who undertook all the pre-planning works, the discharging of the Super Grid Transformer from the vessel at Portsmouth International Port right through to final delivery at the Lovedean National Grid Substation. As with Cellarhead, this also included offload and install on site by its Heavy Lift team utilising its specialist hydraulic jacking & skidding equipment.

The in-depth preparation for this project also required that the team undertake detailed swept path analysis reports of the route to identify pinch-points where the route would need modification to allow the 66m long, 5.3m wide loaded girder bridge to safely complete its journey. Collett & Sons says that this was particularly evident at the beginning of the route throughout the residential areas of Twyford Avenue and Northern Parade. Minimising public disruption and implementing parking restrictions ensuring access and egress for the laden girder bridge convoy were a must. Extensive media coverage in the area ahead of the project gave public awareness of the pre-designated route and any potential delays which may occur as a result.

The 169 Tonne cargo began its 12 mile journey to the substation. 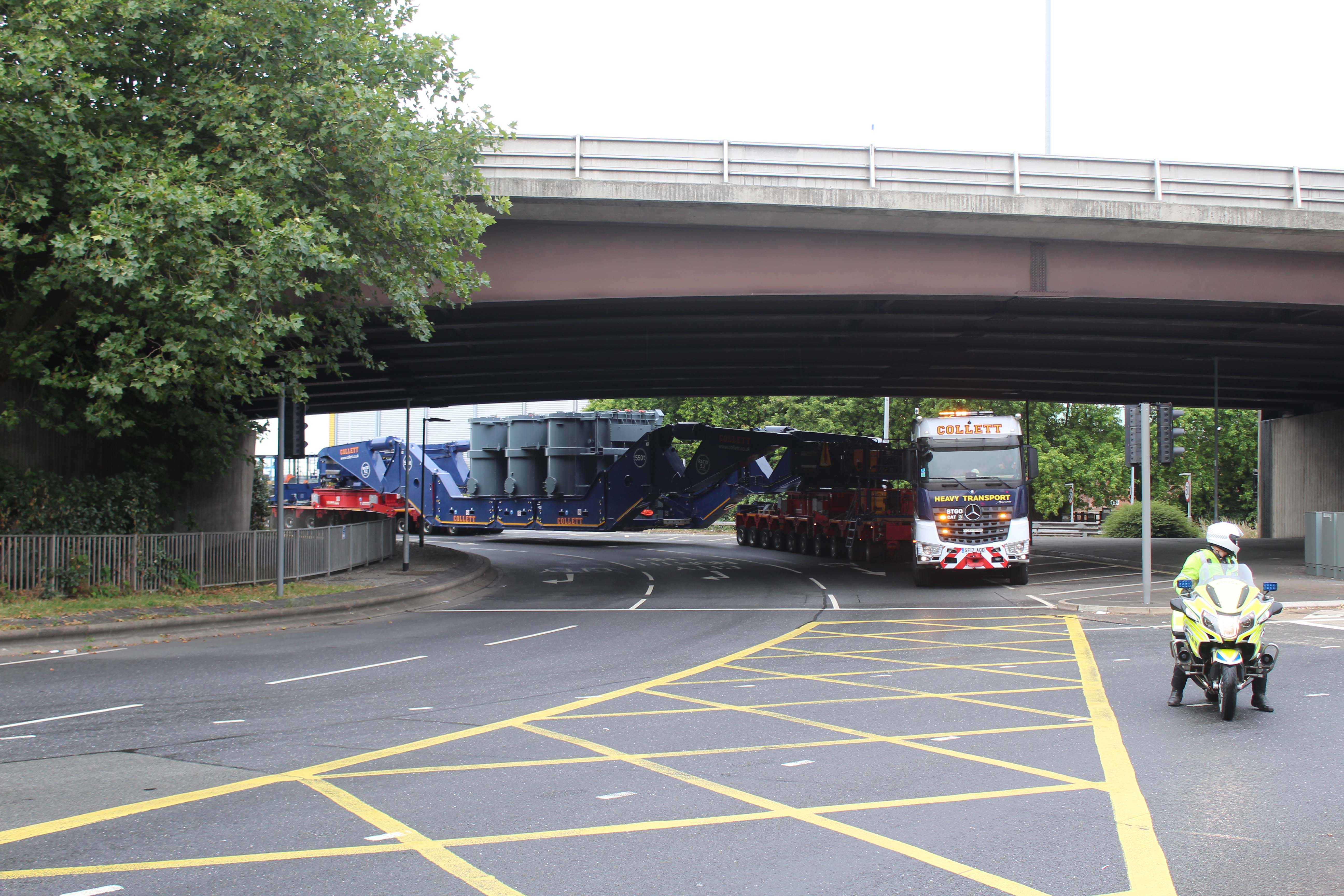 Having undertaken meticulous calculations to simulate the forces and pressure applied to the skid track during the skidding process, the heavy lift team began the final positioning of the cargo. Not a straight forward process as the restrictions on site would not allow the team to skid the transformer directly to its designated plinth. Due to these restrictions, the Collett team designed and implemented a multi-
directional system to skid the Super Grid Transformer over the bund wall onto a steel platform.

Once situated on the platform the hydraulic skidding system was then repositioned at a 90 degree angle allowing the team to complete the positioning. Executing this complicated procedure, which was purpose designed and engineered by Collett, allowed its team to gradually manoeuvre the cargo to its designated siting.