A Singaporean start-up company has revealed a new electric van which it claims will transform the charging process to make EVs more attractive to operators. 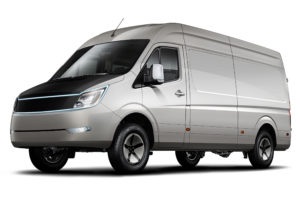 AVEVAI revealed its new IONA van at last week’s Guangzhou International Electric Vehicle Show in China, and says it will be bringing the vehicle to European markets by the end of next year.

The e-LCV uses supercapacitor batteries which, according to AVEVAI, accept and deploy charge much faster than conventional batteries. The IONA Van can be fully charged from a 22kW charger in four hours, which gives it a range of 205 miles. The van has a top speed of just 62mph, but its quick charge time and high payload (up to 2,500kg) should make it attractive to urban operators, the company claims.

As well as the van, AVEVAI also produces an electric truck with a 5,000kg GVW, but there are no plans to export that beyond Asian markets initially.

AVEVAI says it will offer a comprehensive five year/200,000km warranty on both the van and its battery.