Highly regarded Bo’ness haulier, Derek Heeps Ltd., has boosted the fleet’s on-the-road presence with a 90th Anniversary DAF XF 530 FTG. The eye-catching metallic-red truck, with its distinctive DAF Super Space Cab, joins a fleet of over 30 vehicles. Over three-quarters of the fleet are already DAF, and the latest XF is part of the firm’s cycle of replacing older vehicles in order to maintain the fleet’s young age profile. 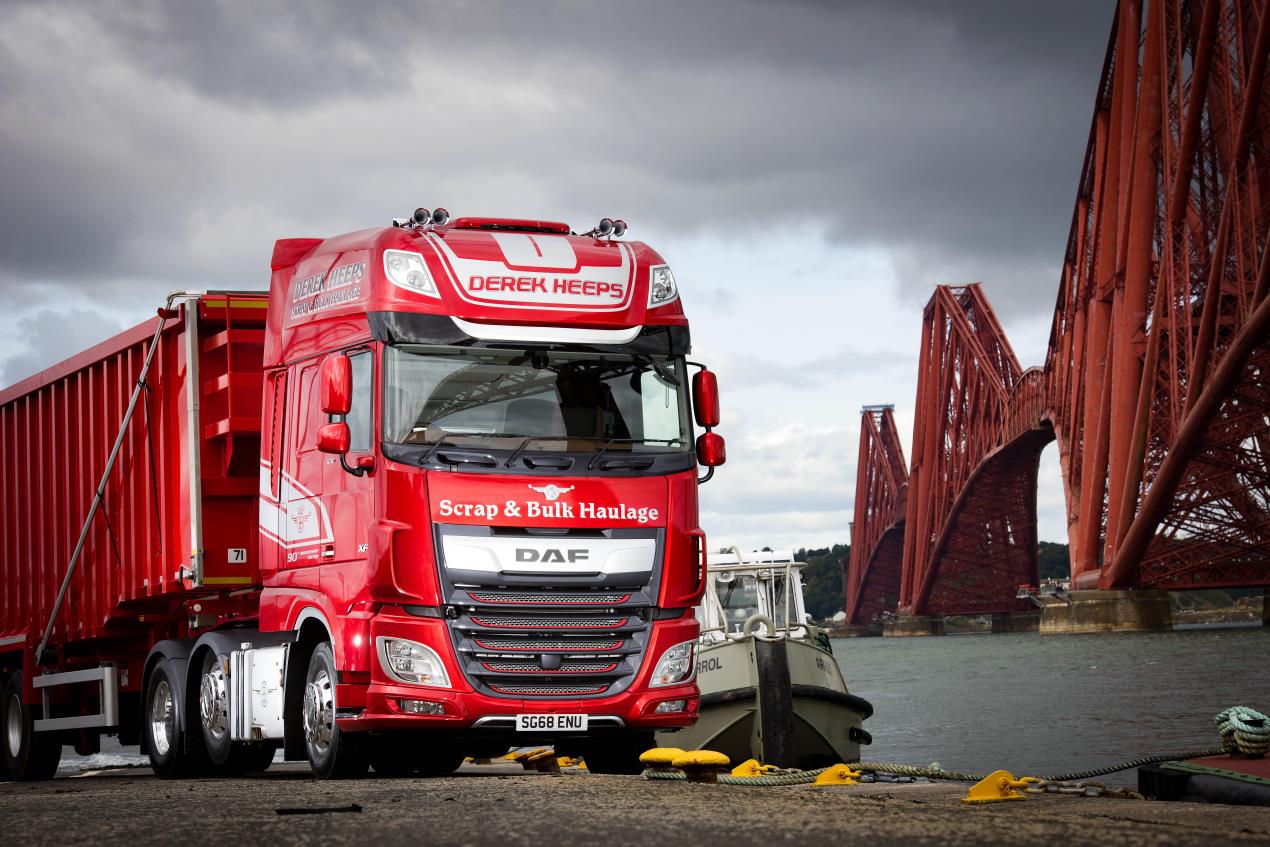 Derek Heeps, owner of the firm said: “We have a very good reputation in our business – if we say we are going to do something, then people know it will be done. And done properly. So, to keep that reputation we need reliable trucks and we only run them while they are still in their prime. The DAFs we have fit this bill, and I am very happy to be adding this 90th Anniversary XF to the fleet.”

He added: “It’s a great-looking truck and it’s a statement of our confidence in the operation we run. Scrap and glass waste, which accounts for a great deal of our haulage work, is a tough area to work in. The DAFs generally offer our drivers a good working environment, which is very important to us if we are sending them away all week, which often we have to do.” 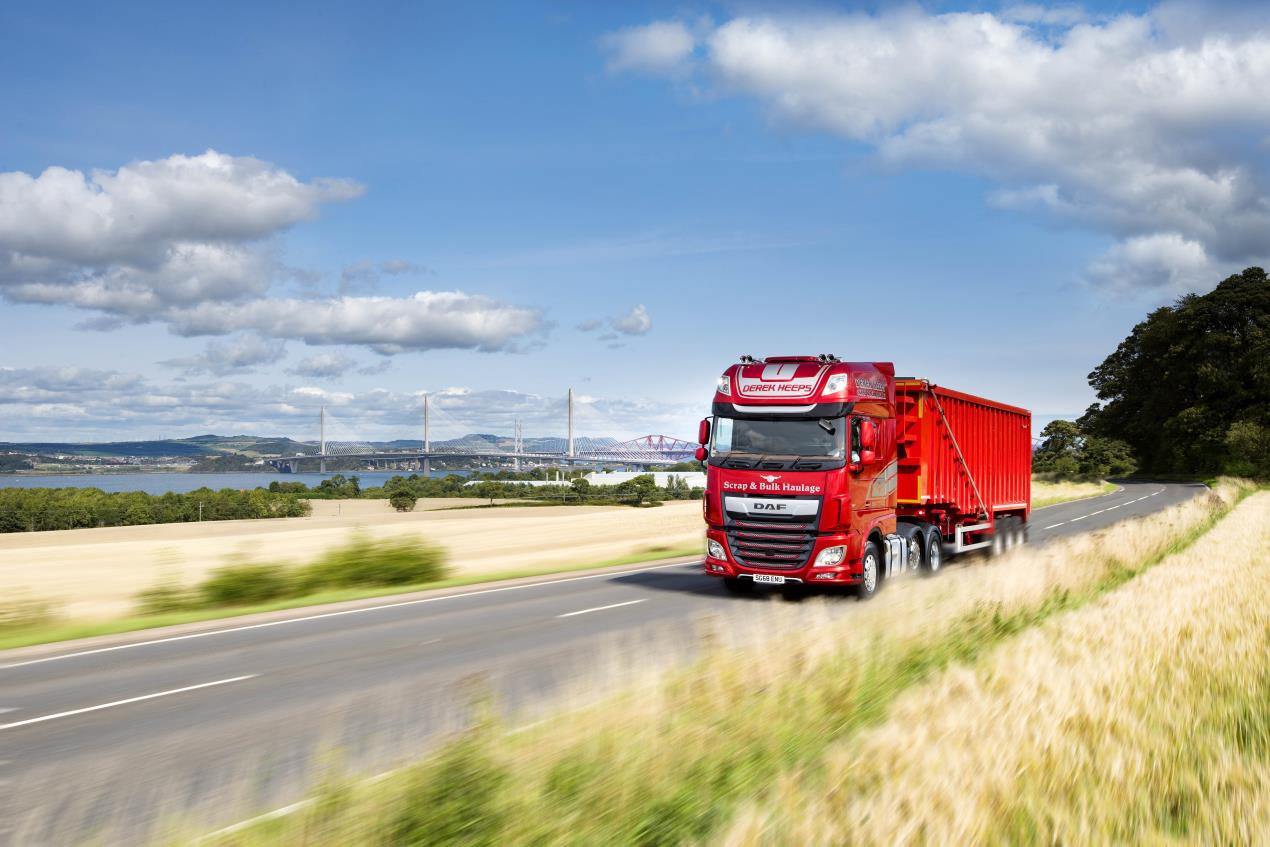 Alongside the reliability of the trucks themselves, Derek Heeps was quick to add the local dealer as a key part of the success story. Imperial Commercials at Cumbernauld both provides the DAF trucks for Derek Heeps and also takes care of his DAF fleet for him. All new DAF trucks are put onto DAF MultiSupport R&M programmes, with the duration between three-to-four years depending on the expected first life of the vehicles.

Paul Ritchie from Imperial Commercials said; “Derek is very kind, in that he says, after the quality of the trucks themselves, we are the next most important factor in his choice of the DAF brand. The fleet has a tremendous reputation for reliability, and that puts us under a lot of pressure to make sure we service, maintain and prepare them to the highest DAF standards for him. The fleet works hard, so we are on hand at all times to plan and carry out any work that is needed.” 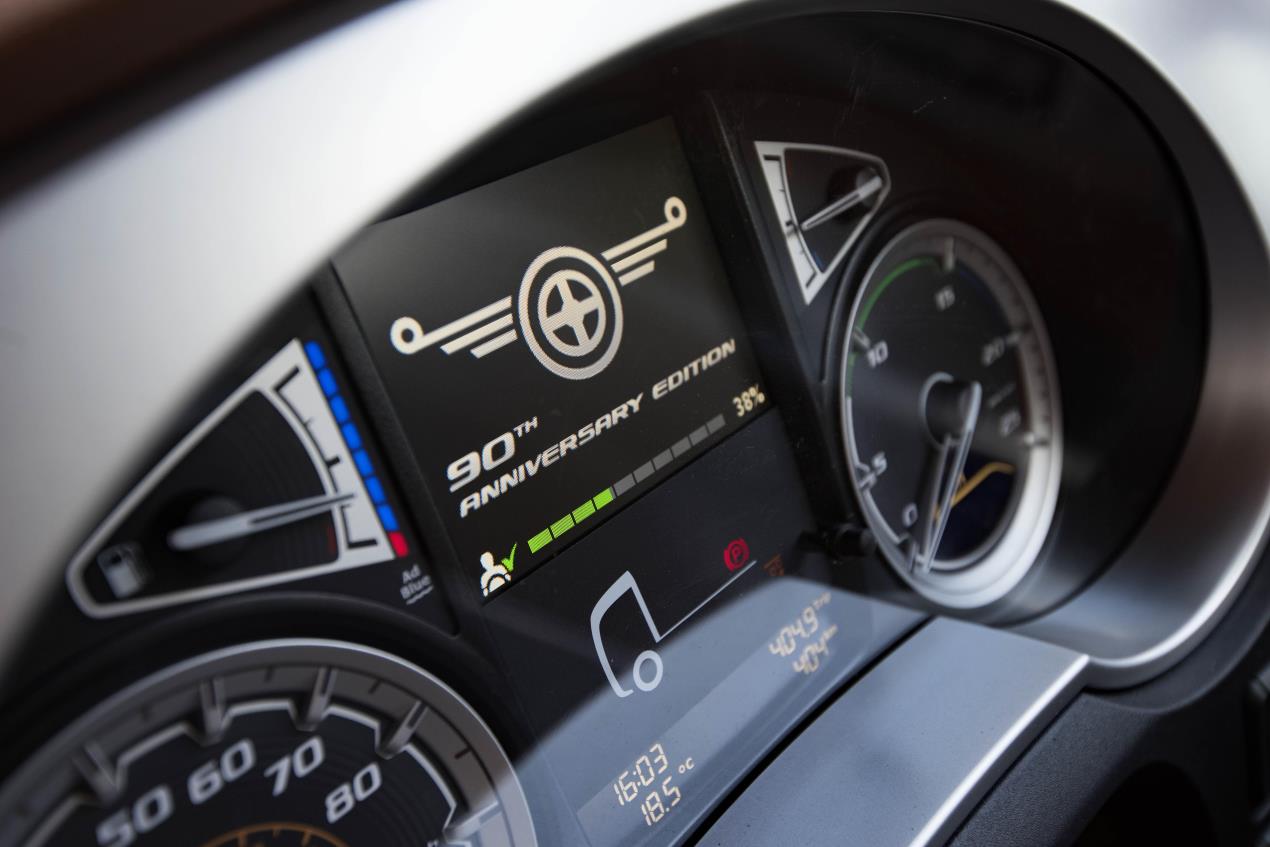 He continued: “All the drivers who bring them in, if we don’t collect, have good things to say about the trucks, and the driver of the 90th Anniversary XF reckons the Super Space Cab is a great place to work and rest. Certainly, Derek has done everything he can to make his drivers comfortable. This latest XF has the latest leather seating and trim, microwave, an external air-conditioning unit, additional lighting…and of course all the standard comforts that come with the Super Space Cab.”

The DAF XF 530 FTG was acquired through PACCAR Financial, the in-house DAF finance operation, with whom Derek Heeps declares himself, ‘very satisfied’. As with all of the limited edition 90th Anniversary vehicles, Heeps has a unique fleet number, in his case 55, to match his age.