Vauxhall’s UK van manufacturing plant is celebrating a quarter of a million milestone after the 250,000th second generation Vivaro rolled off the production line in Luton last week. 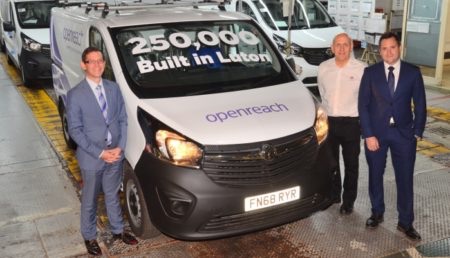 The milestone brings the total number of Vauxhall/ Opel Vivaro vans built at Luton to 1.2 million since production began in 2001.The second generation model has been built at the UK plant since 2014.

Earlier this year, Groupe PSA announced its plan to produce a brand new, next generation Vivaro at Luton next year. Groupe PSA’s plan includes investment in the plant to increase its production capacity to 100,000 vehicles per year.