Northern Irish trailer maker, SDC Trailers is commemorating 40 years of UK manufacturing this month, and marked the occasion with an open day for customers and suppliers at its Toomebridge factory, followed by a celebratory dinner in Belfast. 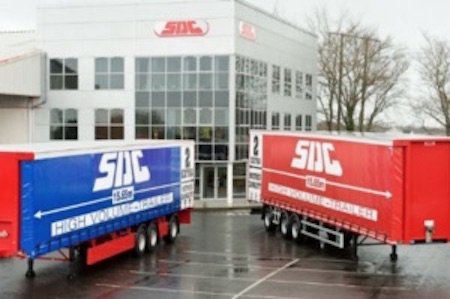 Cushnahan told guests: “I have been with the company for half of those 40 years and it is privilege to now serve as its Chief Executive Officer. I see my role as building on the legacy of our Founder Seamus McCloy and taking the company forward into another 40 years of success.”

Around 40 per cent of SDC’s output leaves the factory with a body fitted, and the trailer range features over 500 variants from curtainsiders and boxvans, to skeletal, platform and urban trailers, all of which are made to order.

Earlier this year, SDC completed a seven million pound expansion to its manufacturing headquarters in Toomebridge, creating 50 new jobs. The expansion has led to a 50 per cent increase per week in trailer output.