Renault Trucks has revealed its version of the Master ZE, which is already offered by the van division of Renault as a panel van. 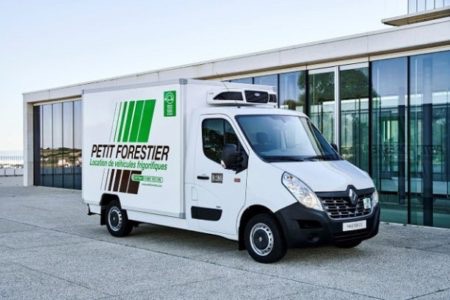 The Renault Trucks ZE will be offered in six variants, including as a panel van, along with a chassis cab suitable for a range of conversions and special applications.

Renault Trucks say the Master ZE has a payload of up to 1,128kgs, a real-world operating range of 120 kms (75 mls) and can be fully charged in six hours.

To protect both the driver and the load and to guarantee the safety of city-dwellers, the Renault Trucks Master ZE is fitted with a reversing camera, a reversing radar and a wide-view mirror as standard. The vehicle also features the ZE voice alert system designed to warn pedestrians that the vehicle is approaching when it is travelling at speeds of between 1 and 30 km/h (up to 19mph).

The Renault Master ZE will be available in Ireland through the Renault dealer network from early 2019.